Sheffield United remain in the hunt for a playoff spot as Hull seek to put further distance between themselves and the bottom three. Who wins as they face off on Tuesday? Find out with our Sheffield United vs Hull match preview with free tips, predictions and odds mentioned along the way.

Blades too sharp for Tigers

Let's cut to the chase with this prediction, we don't see any scenario where Hull take something from this match. Sheffield United are unbeaten in six having won four of those matches. By stark contrast, Hull have lost their last three matches. You've then got the head to head record to look at, which shows that Sheffield United have won the last three meetings between the sides whilst not losing to Hull at home since 2010. When you then sprinkle on the Blades' home advantage it really does become what looks to be a banker.

Our next tip for this game sees us backing Sheffield United to keep a clean sheet. We've already touched on their impressive unbeaten run. Well, key to that has been a solid backline; the Blades have only conceded three goals in those six games and just one in their previous five outings! On top of that, Hull have only scored one goal in their last three games meaning they've blanked twice in that three game spell. Two of the last three head to head games have seen Hull fail to score too!

Check out the key stats & form for Sheffield United vs Hull

These sides are in very different positions in the league but both will be rather keen for three points given their current predicaments. Sheffield United are the side in form but it isn't all that long ago that Hull won three on the spin so things can change quickly.

Sheffield United extended their run of good form with a draw away at Huddersfield at the weekend. It keeps them firmly in the hunt of the top six. This match will be marked as one they should be winning so the only question is whether or not they handle the expectation.

Hull had seemingly ended their fears of relegation with three wins on the spin but, since then, they've dropped into freefall with a trio of defeats. They should still be okay in terms of staying up but unless they correct their form things could get tense as the season nears its end.

A brief FAQ ahead of Sheffield United vs Hull 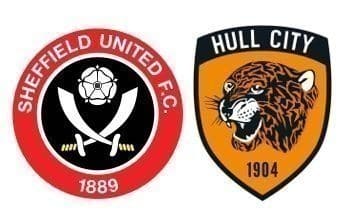