Shamrock Rovers turned on the style in the first leg. Will they win the second leg as well? Find out with our Hibernians vs Shamrock Rovers match preview with free tips, predictions and odds mentioned along the way.

Shamrock Rovers to finish off the job

Shamrock Rovers have been on fire lately; they have won five matches in a row, in all competitions. This is due, in part, to Shamrock's defence; they kept four clean sheets in that five game stretch, allowing just one goal. In contrast, Hibernians have not enjoyed their best run of form recently; as they have lost three games in a row. Furthermore, these teams met in the reverse fixture last week, and Shamrock won comfortably by a 3:0 scoreline; for this reason, we are predicting a win for the visitors.

Although Shamrock Rovers have scored goals consistently over the course of their season, they haven't exactly been a high-scoring side. It's worth noting that Shamrock Rovers scored eight times in their last five games, with just one goal conceded in that stretch. However, Hibernians have not had much trouble conceding goals; as they allowed seven goals in their last three games alone. Because of the way they concede, most of Hibernians' games have been on the high-scoring side; in fact, all of Hibernians' last four games saw at least three goals scored. Considering Shamrock scored three goals in the reverse fixture, there will likely be up to three goals scored here.

Can Hibernians find a way back into this tie?

Shamrock Rovers blew Hibernians away in the first leg of this qualifier but they now have to go into the away leg knowing that one goal for Hibernians could change the dynamic of the tie quite quickly. In reality though, making this tie competitive is a big ask for the hosts.

Hibernians have been going through a rough patch lately; they are coming off three consecutive losses, with seven goals conceded in that stretch. It's worth noting that Hibernians suffered a humiliating 3:0 defeat in the reverse fixture of this clash; it'll be interesting to see if they can overturn that deficit here.

Shamrock Rovers have enjoyed some fine form in recent weeks; they are coming off five consecutive wins across all competitions, with just one goal allowed in that stretch. Shamrock Rovers will go up against Hibernians on Tuesday; they'll fancy their chances of making it six wins in as many games.

A quickfire FAQ on Hibernians vs Shamrock Rovers 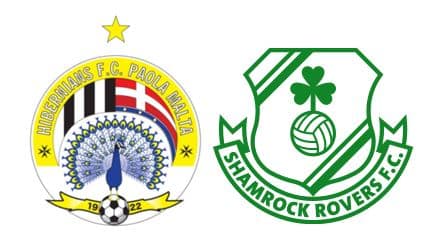