The first match in the upcoming La Liga round is the Sevilla vs Granada duel. If you are interested to learn more about this game, check our preview and free betting tips.

If you are looking for top La Liga betting tips, including our betting picks for Sevilla vs Granada, you've come to the right place:

Sevilla to Win with Handicap (-1)

Even though Sevilla is in bad form right now and they've fallen down to the fourth place in the standings, they are clearly the favourites against Granada, a team in the fight for survival.

After all, Sevilla is the much better team and with them playing at home and needing the win, we can't see any other outcome in this game except for a convincing win for Sevilla.

Sevilla has done well defensively this season and that's their main advantage compared to other top teams in Spain, so we can see them keeping a clean sheet in this game.

In addition to this, Sevilla beat Granada in three of their last five h2h duels and they've done so by keeping a clean sheet in two of those three games, so we can see that happening again on Friday.

The best odds and important stats for Sevilla vs Granada

If you wish to place a bet on the top odds for Sevilla vs Granada, check our list of odds taken from a few different betting sites:

While the home team is the clear favourite to win this game, we can see this being an exciting matchup. So, let's take a closer look at both teams:

After trailing behind Real Madrid for the most of the season, Sevilla has now fallen to the fourth place in the standings behind Barcelona and Atletico Madrid, although they are still at the same number of points as them. But Sevilla has just one win in the last six games, along with four draws and one loss. So, they need to get back in form soon or they risk falling down further.

The team will once again be without Thomas Delaney, Fernando, and Suso who are injured, while Gonzalo Montiel is out of the next game through suspension.

In the last six games, Granada has one win, two draws, and three losses and they are struggling to stay away from the relegation zone. At the moment, they are three points ahead of Mallorca, the first team in the zone, so they need to find a way to get more points in the future to avoid getting relegated.

When it comes to team news, Granada will be without injured Carlos Neva, Maxime Gonalons, Angel Montoro, and Santiago Arias, but the rest of the team is in good shape. 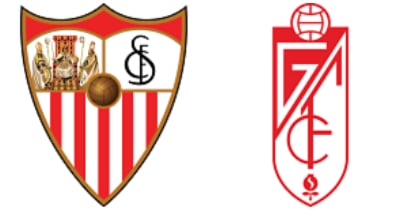