Schalke 04 host Union Berlin at the VELTINS-Arena on Saturday, August 27th. Can Union continue their unbeaten start to the new Bundesliga season in Gelsenkirchen? Read our free predictions and find the latest odds for the fixture below in our detailed match preview.

Union have pocketed seven points from the first nine on offer ahead of their trip to play Schalke 04 on Saturday. Read our top predictions for this weekend’s fixture below.

Union Berlin have made an excellent start to the new season in Germany and their early swagger was on show in their superb 2-1 triumph over RB Leipzig last weekend. In-form Die Eisernen should prove tough to topple again this weekend when they travel to take on newly-promoted Schalke 04, though it is worth approaching the game with a degree of caution. Union have dropped points in 60% of their last 10 Bundesliga away assignments, so side with them in the draw no bet market for an added safety net.

Schalke 04 are still hunting for their first win this term, though they did produce their best performance of the campaign so far in the only match they’ve contested at the VELTINS-Arena since their promotion. Schalke notched twice that day in a 2-2 draw with Gladbach and with the home crowd pushing them on, they should be able to impact the scoresheet again on Saturday. Union have notched five times in three fixtures since the summer however, and they can be backed with confidence to add increase their tally here. With that in mind, consider backing both teams to score.

Top Betting Odds and Stats for Schalke 04 vs Union Berlin

Check out our list of the best stats for Saturday’s fixture below alongside a tool to help you choose the most lucrative odds.

Read all of the latest injury updates and team news for Saturday’s Bundesliga fixture between Hertha Berlin and Borussia Dortmund below.

Tobias Mohr is listed as Schalke's only injury concern at the moment, though the midfielder should shake off a stomach issue to make the squad on Saturday. Schalke picked up a useful point at Wolfsburg last time out following a 0-0 draw.

Fabio Schneider and Timo Baumgartl have been ruled out until next month, while striker Jordan Siebatcheu is considered a doubt. Union should be in high spirits following their 2-1 win over RB Leipzig last time out and they could even go top of the Bundesliga if results go their way this weekend. 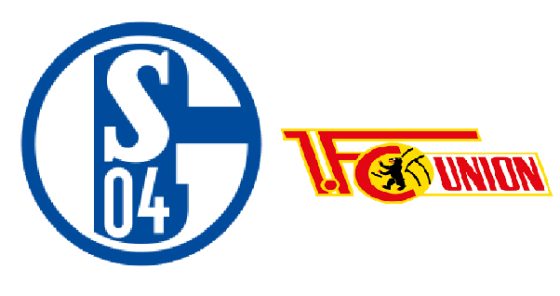 You can find the best odds for Schalke 04 vs Union Berlin here on Football Whispers.

Union Berlin have been priced as favourites to beat Schalke 04 this weekend.