Ross County are up against champions Celtic in one of the key fixtures this weekend. The game will take place at the Global Energy Stadium on August 6, 2022.

Ross County were beaten on the opening game of the campaign, as Hearts picked up a 2-1 victory. Celtic started the new season as champions and they produced a brilliant performance to beat Aberdeen 2-0.

Celtic to win both halves

Celtic have had a victory at both halves in the recent three games against Ross County. After having had a brilliant start to the season with the win over Aberdeen, one can go with Celtic to extend this sequence to 4 matches. Ross County are reeling from a disappointing loss against Hearts and they have lost 13 out of the recent 15 games against Celtic.

Celtic were able to come up with only two goals in the opener against Aberdeen, but they created a whole host of opportunities. The lack of any midweek match is likely to help Celtic, who have been able to get 13 goals past Ross County in the last six meetings.

Ross County have long suffered at the hands of Celtic with the last victory for the team against this opponent coming in February 2021. The start of the season has happened in a very difficult away for Ross County, who finished in the Championship round last season with a two-point advantage over the likes of Hibernian.

Ange Postecoglou would be delighted with the strong start made to the campaign. The Australian coach has a 100% record against Ross County after winning all of the four games. Postecoglou might want to see more goals out of his players, who have been creating many chances without being clinically.

Ross County: Alex Samuel is the player missing due to an injury while William Akio is doubtful for the game.

Celtic: Ange Postecoglou does not have any injuries in the squad coming into this league match.

Questions about Ross County vs Celtic 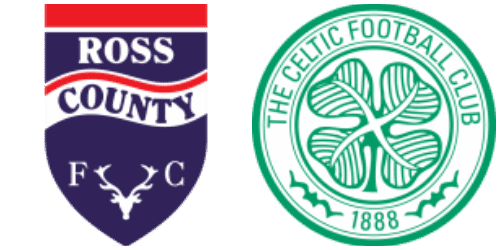 Where is the match scheduled? Global Energy Stadium

Which team is the favourite to win? Celtic