Rennes welcomes Reims for the fifth fixture of French Ligue 1, 2021/22 season. This is expected to be a tense fixture given that the last two meetings ended in a similar fashion of 2-2. The big question is which side will come on top on matchday? Find out in this match preview by Football Whispers.

The Best Three Picks for Rennes vs Reims

Rennes should easily win this fixture against the struggling side, Reims. Even though they lost the last game before the international break due to a red card, the hosts have been phenomenal in recent games. They won four, lost once and drawn two of their last seven games. The good run has earned them a place in the newly created Europa Conference League. On the other hand, Reims is winless in the last seven games of 4D and 3L.

These two teams have always been arch-rivals in the French Ligue 1. For that, we don't expect an easy game for the hosts who we are backing to carry the day. Rennes will have to sweat for a result in this game and we don't think there will be lots of goals on matchday given the defensive record of the visitors.

We are predicting a one-sided scoring affair in this fixture. The hosts should win by scoring at most two goals on matchday. Three of Rennes four victories in the last seven games came with a clean sheet.

Match Preview: Reims Yet to Win a Game this Season

The visitors haven’t won a game since the new season kicked off on 8th August 2021. They kicked off their campaign with three consecutive draws of 0-0, 3-3 and 1-1 but fell 2-0 to PSG in the fourth match of the season. Even though Reims have a better record of 7W and 4D against 5W and 4D for Rennes, their recent run of form hasn’t been impressive. Notably, the visiting manager, Oscar Garcia, lost to Rennes manager Bruno Genesio in the only previous meeting between the two tacticians. Playing away from home comes as a big challenge for the visiting coach even though he hopes to get his revenge against Genesio. The hosts have recorded 1W, 2D and 1L in the first four matches. They haven’t lost at home after bagging two a win and a draw in the only home fixtures played this season. On the other hand, Reims has suffered one defeat away from home and collected a point from the two away games played so far. 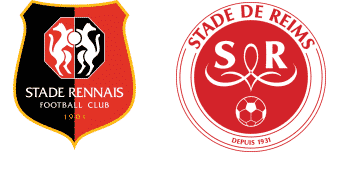 Where is the venue for Rennes vs Reims?

Who will referee the big game?

Thomas Leonard will be in charge of business on matchday.

What is the kick-off time for Rennes vs Reims? 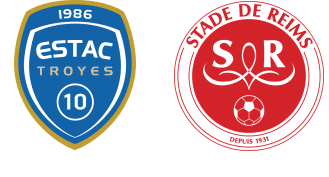