The first game of the round in La Liga is the Levante vs Real Sociedad duel scheduled for Friday. So, let's take a closer look at the teams and what we can expect from this game.

Our free Levante vs Real Sociedad betting predictions and tips

If you are not sure what is the right bet for the Levante vs Real Sociedad duel, check our top betting tips for this game:

Levante and Real Sociedad to Draw

While the two teams are in completely different positions ahead of this game, they are both looking for points to keep their hopes of doing better alive.

With that in mind, a draw in this game sounds like the most reasonable outcome, especially with Levante doing well lately and still having a theoretical chance to stay in the league.

Both teams have scored in three of the last five head-to-head duels between Levante and Real Sociedad, so we expect to see the same in their upcoming duel as well.

Furthermore, both teams have scored in 56% of all Levante matches in La Liga so far, although the same thing happened in just 29% of all Real Sociedad matches in the league.

The best odds and key stats for Levante vs Real Sociedad

If you want to bet on the top Levante vs Real Sociedad odds, check our list of odds from a few different UK bookies:

This can be a very interesting and close matchup at this stage of the season, so let's take a better look at both teams now:

The team from Valencia is not in such a bad form lately since they have two wins, two draws, and two losses in the last six games in La Liga. However, they are still in the last place in the standings and six points behind the first team outside of the relegation zone due to their poor performances earlier in the season. And with four games left to be played, their chances of survival are pretty slim.

Meanwhile, Roger Marti, Jorge de Frutos, Shkodran Mustafi, and Carlos Clerc remain out with injuries, but the rest of the team is in good shape and ready to go.

At the moment, Real Sociedad is sitting in the sixth place in La Liga and they seem to be on good course to secure a spot in Europa League. However, four games remain in the season and they are just four points ahead of Villarreal, so they need to do well in the remaining matches, much better than they did lately since they have just two wins in the last six games.

When it comes to team news, Mikel Oyarzabal, Ander Barrenetxea, Nacho Monreal, and Carlos Fernandez are all injured at the moment and out of the upcoming game.

The usual questions for Levante vs Real Sociedad 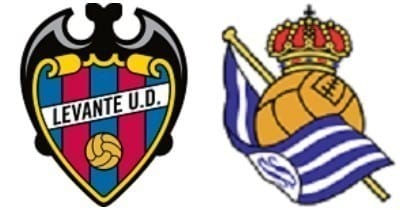