Reading are getting closer and closer to survival. A win here would put them within touching distance of having it all confirmed though. Can they grab maximum points? Find out with our Hull vs Reading match preview with free tips, predictions and odds mentioned along the way.

Royals to do the business again

Hull City have not exactly enjoyed the best form lately, they won just four of their last 15 games; however, it's worth noting that three of those four wins came on the road. Shota Arveladze's men have actually struggled to win games at home recently; they lost six of their last seven home games, with just one win. Reading, on the other hand, have been a difficult team to beat recently; they lost just once in their last seven games, with three wins and three draws. To be fair, Reading's recent form is partly because they're fighting for their lives; they will secure a place in the Championship for at least one more season if they win this match. With this in mind, we're predicting a win for the visitors.

Here are the key stats & form guide for Hull vs Reading

Hull vs Reading: Let's look at the predicted lineups

There was a time when this fixture looked like it could be a huge one in the Championship run-in. For Reading, it still is. For Hull, however, it's a nothing game with their status as second tier team confirmed for another season at least. That said, their home fans would love to banter the Royal fans for 90 minutes so it won't be a ‘gimme'.

Hull City have had some mixed results in recent weeks; they have three wins and three losses in their last six games. Shota Arveladze's men are coming off a 2:1 loss at Millwall, and they'll hope to bounce back from that loss; it'll be interesting to see how they'll fare against a relegation-threatened Reading side.

Reading managed to put themselves seven points clear off the relegation zone with some good recent performances; they've lost just once in their last seven games, with three wins and three draws. Paul Ince's men will confirm their safety if they win this game; they'll fancy their chances against Hull City.

A quickfire FAQ on Hull vs Reading 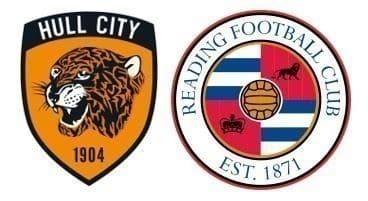