Rangers are at Ibrox stadium for the first home league game of the campaign and Kilmarnock are the visitors this time around. This will be a preview of the Scottish premiership game that takes place on August 6, 2022.

Ranger started the new season with a 2-1 win over Livingston. Kilmarnock managed a 1-1 draw with Dundee courtesy of a late equaliser.

Kilmarnock had to work hard for the point against Dundee. They are unlikely to get much joy going forward from the Rangers defence even with the team failing to keep a clean sheet in the two competitive matches this season. Rangers have not conceded a goal in four consecutive games against Kilmarnock.

Even though Rangers do not consider a lot of goals in this fixture, they have not been offensively great either. Rangers have not managed more than 2.5 goals in any of the last six meetings with Kilmarnock, who are also not in great offensive shape.

Kilmarnock were able to secure a crucial point against Dundee in the opening game. Manager Derek McInnes was able to provide debuts to many players in the first match. The lack of injury problems in the squad is a huge boost for Derek McInnes, who has only registered six wins in 30 games against the Rangers.

Rangers have picked up a string of victories against Motherwell in the past. However, manager Giovanni van Bronckhorst comes into the game without many players. The team had to come from behind to overcome Livingstone in the opening match. This was followed by a disappointing exit in the Champions League qualification rounds.

Rangers: Manager Giovanni van Bronckhorst comes into the game with a lot of uncertainties, as John Souttar, Kemar Roofe, and Ryan Kent are doubtful for this game. Ianis Hagi is definitely ruled out along with Nnamdi Ofoborh.

Kilmarnock: A major advantage for Kilmarnock manager Derek McInnes will be the availability of a fully fit squad.

Top Scottish Premier League Stats ahead of Rangers vs Kilmarnock

Questions about Rangers vs Kilmarnock 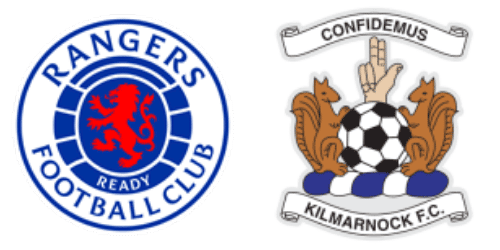 Where is the match scheduled? Ibrox Stadium

Which team is the favourite to win? Rangers