Two teams that were unable to carve out wins on the opening day of the new Superliga season go head-to-head on Sunday as Randers play host to OB.  The bookmakers fancy the home side to win but Randers have had more luck away from home against OB than in their own backyard over the last few seasons, so this one could be tough to predict.

One thing we feel very confident about is that Sunday's clash will produce lots of goalmouth action as three of the last five meetings between Randers and OB have witnessed over 2.5 goals scored. At least three goals have also been scored in three of Randers' last five outings, which include 5-1 and 6-2 wins as well as a 3-2 defeat. Four of OB's last six matches have seen at least three goals scored but each of those games have ended in defeat for Sunday's guests.

There is a good chance that we will be treated to goals at both ends of the pitch this weekend as four of the last five meetings between these two clubs have ended the same way. Both teams have socred in each of Randers' last five outings and in four of OB's last six fixtures, adding further weight to our second prediction for Sunday's Superliga clash.

Everything you need to know about Randers vs OB

Randers were away at Midtjylland on the opening day of the season, where the first half ended goalless. Both teams continued to cancel one another out in the second forty-five as well with Isaksen's opener for the hosts being cancelled out by an equaliser from Adam Andersson on the hour mark. Neither side managed to carve out a winning goal and the scoreline ended in a 1-1 draw.

OB might have had the home advantage against Nordsjaelland last weekend but they failed to make it count. Nuamah put the visitors 1-0 up after just 3-minutes and late in the second half, Schjelderup made it 2-0, ending any hopes of a comeback for OB.

Randers: Mattias Andersson and Mikkel Kallesöe could both miss out on Sunday through injury.

OB: Mihajlo Ivancevic, Issam Jebali, Max Fenger and Emmanuel Sabbi are all injury concerns for the visitors this weekend.

Randers vs OB: Your Questions 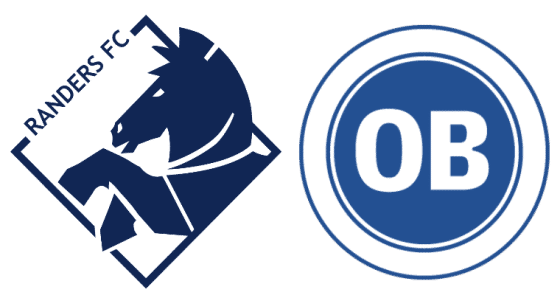