QPR and West Brom are two sides that harbour ambitions of making it to the promised land of the Premier League. Can either of them find a way of winning when the face each other on Saturday? Find out with our QPR vs West Brom match preview with free tips, predictions and odds mentioned along the way.

Points to be shared

On current form alone we'd probably lean towards a QPR win given they've won their last two league games whilst West Brom have failed to win any of their last four games in all competitions and boast just two wins from their last 10. That's not what we're predicting though; we are calling this as a draw. Why exactly? Well, there are a few reasons. One, QPR recorded back to back losses not all that long ago. Two, West Brom have only lost two of their past 10 and, three, the Baggies have a good head to head record against QPR.

For our second prediction we are backing the game to see under 2.5 goals. QPR have seen three of their last five go under that marker with their average goals per game in that period sitting at just 1.8 goals. West Brom meanwhile have seen each of their past five games finish south of 2.5 goals. Their average in those five games is just 1.2 goals per match. Finally, we can look at the past results the two teams have served up. The last time West Brom visited QPR we saw the match end, yep, you guessed it, under 2.5 goals.

Check out the key stats & form for QPR vs West Brom

Both of these teams have their eyes on the big prize come May; that's promotion for those who are unsure. Neither, however, are nailed on to achieve that target with their form up and down of late. This match between the two of them could prove massive come the seasons end.

QPR are a funny side. They have the ability to go from looking class to looking clueless but, hey, right now, they're in a good patch of form with three wins (one after penalties) and will look forward to this game. Seny Dieng, who is at the African Cup of Nations, will be a loss.

West Brom were looking good value for the title earlier this year. That looks less likely with each passing week at the moment, which means they need to be winning games like this to cement their top six ambitions as a minimum. They'll be a couple of players short though with discipline issues costing them last time out.

A brief FAQ ahead of QPR vs West Brom 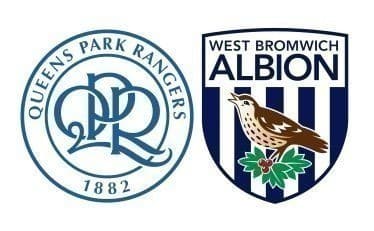