It has been over a decade since Zurich last tasted football in Europe’s elite competition. Can they move towards ending that run with a win here? Find out with our Qarabag vs Zurich match preview with free tips, predictions and odds mentioned along the way.

We begin our tips for this game by backing Qarabag to win. Their form over their last five hasn’t been all that strong with just two wins in that period but, notably, they turned it on big time last time out to thrash Lech Poznan 5-1 to reach this stage. That’s what this side can do when it needs to. When you then consider they’re at home and facing a Zurich side that have not only lost their last two games but who have been walloped by Young Boys on Saturday it’s hard to see anything but a home win.

We might have backed Qarabag to win this first leg encounter but we also mentioned the fact their form isn’t amazing. It’s also worth noting that whilst Zurich are on a two game losing streak that they’ve scored plenty of goals of late with a total of 19 scored in their last five games. It is for those two reasons that we see Qarabag conceding. That will mean both teams score in this game – just as three of Qarabag’s last four home games have ended.

Here are the key stats & form guide for Qarabag vs Zurich

Two teams in indifferent form face off with lots at stake

Both of these teams have been in the Champions League before but that takes nothing away from their desire to get their again. Qarabag have been there more recently than Zurich, does that give them a slight edge? We’ll find out in this game that promises to be somewhat explosive with so much at stake.

Qarabag had been rather poor of late but their last outing showed exactly what they are capable of as the tore Lech Poznan apart in front of their own fans. They’ll be looking to harness that support again here knowing an away leg is still to come.

Zurich got their league campaign off to a woeful start at the weekend but this Champions League qualifier could be just what the doctor ordered for those players. It will be a tough 90 minutes but if they stay in the tie, it will be all to play for back in Switzerland for the second leg.

A quickfire FAQ on Qarabag vs Zurich 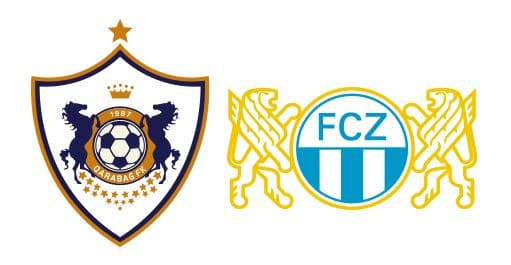