Preston vs Reading: Check out our betting tips

Reading missed the chance to put more distance between them and the drop zone in the week. Can they find a way to three points here to make up for it? Find out with our Preston vs Reading match preview with free tips, predictions and odds mentioned along the way.

Reading have been one of the worst teams in the Championship this season; they are 21st on the table, just two points clear off the relegation zone, with just eight wins in 31 games. It's worth mentioning that Reading have struggled on the road, they've lost 10 of the 15 games they played away from home. Also, Reading have no wins in their last 12 games, and they've lost nine of those 12 games. On the other hand, Preston have been relatively better than Reading, they are fighting for a promotion playoff spot: additionally, Preston have no losses in their last six games. Considering both teams' form, coupled with the fact that Reading lost two-thirds of their road games this season; we're predicting a win for Preston.

We've pointed out that Preston are unbeaten in their last six games; we would also like to mention that they've been really good defensively. Preston have kept five clean sheets in their last six games; as a matter of fact, they did not concede a single goal in their last four games. At least one side failed to score in six of Preston's last seven games. It's been the same case with previous meetings between these sides; at least one of these teams failed to score in four of their last five encounters. Considering Reading did not score in four of their last eight games, at least one of these teams should blank.

Here are the key stats & form guide for Preston vs Reading

Oh what Reading to give to be in Preston's mid table position. Instead they're looking over their shoulders with serious fear and dread – especially with two of the bottom three playing each other this weekend that means the gap will close unless the take a positive here!

Preston are coming off a hard-fought 1-0 win at Peterborough; despite being outplayed from start to finish, a late goal by Cameron Archer was enough for them to steal all the points. Ryan Lowe's men are now unbeaten in their last six games, they'll look to extend that streak to seven games.

Reading managed to snap their nine game losing streak after a goalless draw at Peterborough; to be fair, they are still without a win in their last 12 games across all competitions. Veljko Paunovic's men will hope to halt their rotting streak as they take on an in-form Preston side today. 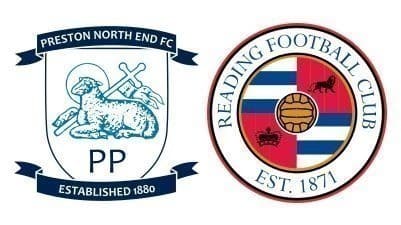