Both of these sides have made strong starts to the new season. Will there be any separating them as they lock horns here? Find out with our Preston North End vs Watford match preview with free tips, predictions and odds mentioned along the way.

A point will do

Preston North End are yet to lose a match this season; in five matches across all competitions, Ryan Lowe's men have two wins and three draws. Just like Preston, Watford have been a hard nut to crack; they have three wins and three draws in their last six games, having lost none of their games this season. It's worth noting that these teams have a tendency to draw games; as Preston have drawn three of four league games, while two of Watford's four league games ended in stalemates. Considering these teams have no losses in their last five respective games, we believe they'll share the spoils here.

Preston North End will have their defence to thank for their unbeaten run so far; as they've actually been the lowest scoring side in the Championship this season. Ryan Lowe's men have impressed and disappointed with equal measure in goalscoring terms; while they did not concede a single goal in four league games, Preston scored just one goal in that stretch. In other words, Preston's four league games have seen just one goal scored, with three of them ending goalless. Similarly, Watford have had their fair share of low-scoring games; as all of their last five matches went below the 2.5 goal mark. For these reasons, we shouldn't expect too many goals in this match.

People might have expected Watford to make a strong start to this campaign after the fact they've just dropped out of the top flight but Preston's early form is perhaps more of a surprise. With neither side having tasted defeat as yet, will something give here?

Preston North End will look to keep their unbeaten record in their new season intact; they've played five matches across all competitions, with two wins and three draws. Preston will welcome Watford to the Deepdale Stadium on Saturday afternoon; will they be able to end the Hornets' unbeaten run?

Watford have been a difficult team to beat; they have no losses in their last six matches, having won three and drawn three of them. Watford are third on the Championship table, with eight points from a possible 12; they'll hope to climb further up the table by winning this match.

A quickfire FAQ on Preston North End vs Watford 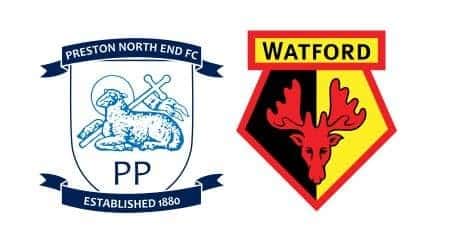