On paper, these two are the lesser fancied sides in their Nations League group, which makes taking points when they meet each other all the more important. Who will find the way to win? Find out with our Poland vs Wales match preview with free tips, predictions and odds mentioned along the way.

Poland to edge it

Neither of these team exactly arrive into this match in poor form but it is the hosts that we fancy to come out on top. They've recorded six wins and two draws from their last 10 matches compared to Wales' record that is one defeat, five draws and four wins. Notably though, Poland have dominated the head to head meetings having won each of the last four meetings between the nations. Wales' last win was back in 1973. Admittedly, some of that h2h record is from sometime ago but broadly comparable form plus home advantage has us fancying the hosts to nick a win.

Here are the key stats & form guide for Poland vs Wales

Will either side kick off their Nations League campaign with a win?

The Nations League might not be a competition that attracts huge interest around the globe but for Poland and Wales' playing staff it is going to be a big deal.  This is their opportunity to put themselves in the limelight ahead of the 2022 World Cup.

Poland have shown good form of late and will want to keep the momentum up ahead of their World Cup campaign. Wales will be a good test of what awaits them in Qatar as well.

Wales also arrive here in decent form but might just have their eyes on a bigger prize with their place at Qatar 2022 as get unconfirmed. A match against Poland though will be a good measure of where they’re at.

A quickfire FAQ on Poland vs Wales 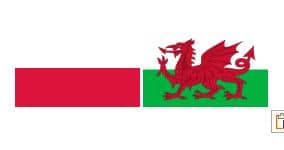