Norwich could move out of the Premier League's relegation zone this weekend if they can find a way to beat Man City at Carrow Road and either Everton or Newcastle lose their games. Man City are flying right now and everyone will be expecting the league leaders to secure a comfortable 3pts against struggling Norwich.

Mahrez joint top scores in the Premier League for Man City this season with 7-goals and was on the scoresheet against Brentford in midweek. The Algerian international has managed to score 7-goals in his last seven games for man city, so you can see why we're backing Mahrez to find the back of the net against Norwich on Saturday.

Can Norwich maintain their unbeaten run this weekend?

Norwich were fast out of the blocks at home to Crystal Palace in midweek, scoring in the very 1st-minute through Pukki. However, the Canaries failed to make the most of their chances and Palace drew level on the hour mark and could have won the game just minutes later, only for Zaha to miss his penalty. There is no doubt that Norwich are in the best form of the season so far but the hosts will have to put in a flawless performance if they want to remain unbeaten this weekend.

Man City were big favourites to beat Brentford at the Etihad Stadium but needed a 40th-minute penalty from Mahrez to take the lead against their guests. In the second forty-five, De Bruyne made it 2-0 and ended any faint hopes of a Brentford comeback but really man city should have more by more.

Norwich: Krul, Sorensen, Rupp, Omobamidele, Sargent and Kabak could all miss out this weekend through injury or illness.

Man City: Jesus and Palmer are the two main injury concerns for the visitors. 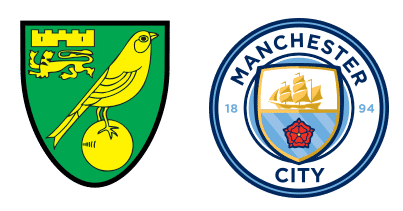