Coventry are yet to win a game this season. Can they break that duck at Carrow Road? Find out with our Norwich vs Coventry match preview with free tips, predictions and odds mentioned along the way.

We kick off our tips by backing Norwich to beat Coventry here and, quite frankly, we think the odds on offer are terrific value. Norwich have won four league games on the bounce now, which is in stark contrast to Coventry who have lost each of their last three league outings and four in a row when looking at all competitions. You can further evidence this prediction from the head to head record; Norwich haven't lost to Coventry since 2009, which was nine games ago. In the eight meetings since then, the Canaries have won six.

Next up in our Norwich vs Coventry predictions we are tipping this game to go north of 2.5 goals. Norwich have passed the 2.5 threshold in three of their last five matches with a game average of 2.6 goals in that period. As for Coventry, their games have been even more high scoring. Like Norwich, three of their last fives have gone north of the 2.5 cut off but their game average is stronger at 3.6 goals. With the teams in highly contrasting form and a recent track record of goals, this game is surely going to see the net bulge a fair few times!

Here are the key stats & form guide for Norwich vs Coventry

Canaries to enjoy breezy game against the Sky Blues

After taking just one point from nine at the start of this season Norwich now sit in the top two of the Championship standings having won four on the bounce. Coventry meanwhile are still winless this season making this look somewhat like a home banker.

Norwich arrive into this match with a few doubts in their squad – as well as a few confirmed absences – but even with the likes of Liam Gibbs and Dimi Giannoulis likely to be missing, they'll still be confident of bagging maximum points here.

Coventry are rock bottom of the Championship standings at the moment and whilst this game was always going to be a tough one for the Sky Blues it's not helped by injuries to a few of their players. Callum O'Hare, Liam Kelly, Todd Kane and Marcel Hilssner are all going to be missing.

A quickfire FAQ on Norwich vs Coventry 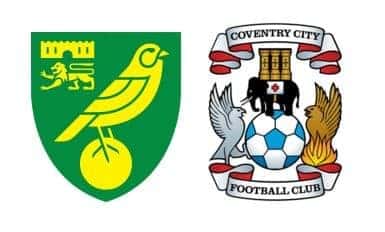