Bottom of the Premier League, Norwich, will be hoping to avoid the whopping they took the last time they played Chelsea where the game ended in a humiliating 7-0 defeat. High-flying Chelsea arrive in excellent form and it's tough to see the Canaries taking anything from Thursday's clash.

In terms of a final scoreline, we're backing Chelsea to secure a comfortable 3-0 victory at Carrow Road. Chelsea ran out 7-0 winners the last time they took on Norwich and have kept clean sheets in four of their last seven head-to-heads with the Premier League strugglers. Norwich have conceded three or more goals in three of their last four league games and have failed to score in two of those matches. Chelsea have scored three of more goals in their last two fixtures and have kept an impressive four clean sheets in their last five games.

All you need to know ahead of Norwich vs Chelsea

Can Norwich avoid defeat at home to Chelsea?

Norwich would have been really disappointed by the result and their performance against Brentford last time out. Toney scored a hat trick, which included two penalties, for Brentford before Pukki pulled a goal back in stoppage time for the hosts. Norwich sit bottom of the Premier League table and are 5pts adrift of safety but if they could get something out of Thursday's game it could be vital in their attempts at survival.

Chelsea would have been expecting a tough 90-minutes at Turf Moor against a Burnley side that have started to pick up some decent results of late but instead, the Londoners ran out comfortable winners. The first-half ended goalless but an early goal in the second forty-five from James put the visitors in front. Havertz bagged two goals in the space of 2-minutes and Pulisic added a fourth and final goal in the 69th-minute. Chelsea are still way off the title race but all they can do is keep winning games and hope that Liverpool and Man City drop some.

Norwich: Kabak, Idah and Omobamidele are the main doubts for the hosts.

Chelsea: Azpilicueta and Chilwell could both miss the trip to Carrow road through injury. 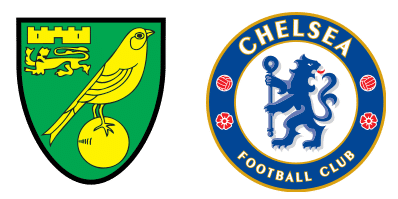