Two teams in the midst of poor runs of form go head-to-head in the Premier League this weekend as Aston Villa play host to Norwich. Villa could do with one more win to take them to the magic 40pts mark, while Norwich probably have to win their final five games of the season to stand any chance of avoiding the dreaded drop back into the Championship.

This is a fixture that has tended to produce plenty of goals in recent years with five of the last seven league meetings between Aston Villa and Norwich witnessing at least three goals scored. Over 2.5 goals have also been scored in four of Aston Villa's and four of Norwich's last six outings in the Premier League, so you can see why we're expecting goals on Saturday.

Neither of these teams have looked at their best defensively of late with the pair keeping just two clean sheets apiece from their last six attempts. Both teams have scored in five of the last seven encounters between these two clubs and we're backing both teams to find the back of the net this weekend.

Aston Villa vs Norwich: the latest stats and markets

A win could take Norwich off the bottom of the table

Aston Villa made the trip to the King Power Stadium looking to bring an end to their winless run but despite Leicester having one eye on their upcoming European tie, Steven Gerrard's men couldn't take full advantage. The game itself won't live long in the memory as it failed to produce a single goal but both defences will be happy with the result as clean sheets have come at a premier for both clubs of late.

Norwich had to make something of their home advantage against a rejuvenated Newcastle side. However, as soon as Newcastle scored the game's opening goal in the 35th-minute, Norwich collapsed, conceding again 6-minutes later to the same player. Early in the second half, Guimaraes added a third goal for the visitors, ending any faint hopes Norwich had of a comeback.

Aston Villa: Digne, Traore, Sanson and Hause all look set to miss this weekend's clash with Norwich due to injury.

Norwich: Sargent, Idah, Rupp, Omobamidele and Kabak are the main injury concerns for the visitors ahead of the trip to Villa Park.

Your Questions for Aston Villa vs Norwich 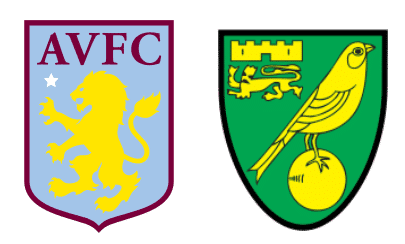