In this Premier League fixture, Nizhny Novgorod hosts Sochi at the Nizhny Novgorod Stadium on Sunday, July 27. Both sides could not have more different fates, one is fighting for continental survival while the other has its Russian top-flight football status under question.

Nizhny Novgorod is making its debut in the Premier League following promotion from the Football National League. Their preparations for the Russian top-flight football could not have gone any worse as they succumbed to three successive defeats in preseason fixtures. On the other hand, Sochi has already been involved in a competitive fixture, securing a victory over Keshla in the Europa Conference League. The visitors should take home the three points on offer, leaving Nizhny a longer wait for this first Premier League victory.

Sochi's 3-0 victory over Keshla showed their readiness for league responsibilities. Not only did they effortlessly scored against their rivals, but also kept a clean sheet. With Nizhny Novgorod scoring just two goals in three club friendlies, it looks unlikely that they will be able to pose a threat to Sochi. The White Blues should be able to secure a victory to nill in this encounter.

The three times Novgorod have met Sochi, the occurrence of nil in the scorecard has been evident. A draw and a result apiece for both sides. For their fourth encounter, we expect the result in favour of Sochi, who have the upper hand and better match readiness. With Rodrigo and Maksim Barsov finding it easy to score, a 0-2 result in Sochi's favour is expected.

Nizhny Novgorod vs Sochi: Check out the best odds and the latest stats

From going into administration to coming back alive, Nizhny Novgorod has had a tremendous turnaround. The fact that they have taken just six years to return to the top level is a remarkable feat on its own. The parallels stop now and Nizhny has to deliver. It will not be easy and the fans would have gauged the difference in the preseason performances of their team.

Vladimir Fedotov's would have appreciated the trip to Novgorod. The fixture allows Sochi to improve their match fitness and be ready to overcome the hurdles that await them in qualification for the Europa Conference League group stages. They impressed in the 3-0 humbling of Keshla but the job is not complete yet and a trip to the ASK Arena remains. Fedotov will not be fazed by this given the form of Rodrigo and Maksim Barsov.

Questions About Nizhny Novgorod vs Sochi 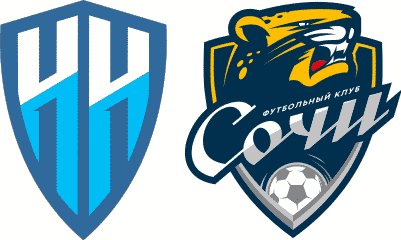 Where is the game being played? Nizhny Novgorod Stadium.

Which team is the favourite to win? Sochi.