Bordeaux and Nice go head to head on the first day of May, 2022.  Nice is currently ranked 5th on Ligue 2 table while Bordeaux is currently fighting for survival points. We have a detailed match preview of the Ligue 1 fixture in this post, including the best tips for our readers.

Our Free Predictions for Bordeaux vs Nice

The quest for survival points is the main agenda for Bordeaux in the remaining four games before the current Ligue 1 season runs out. The hosts are second-last but can still mount a strong challenge to survive the drop. On the flip-side, Nice looks to strengthen their position in top five and hope defeat Bordeaux in this trip. Our best picks for Bordeaux vs Nice are:

Bordeaux vs Nice is a fixture between two teams with different ambitions. While the visitors look to earn more points to stem their top five standing, Bordeaux will fight for points that could see them go above the red zone by the end of the season. That sets the stage for a difficult game between these teams. Notably, these teams have a win each and three draws in their last five meetings. A draw is a very likely outcome in the first-half of this match.

We are tipping the first goal to come from the visitors, Nice, in this match. Bordeaux is wary of defensively challenges that have kept them grounded at the bottom of them. As a result, the hosts will have a tough assignment defending against Nice in this game. The hosts leaked 13 goals in the last three games, a record that could get worse after this game against Nice. On the flip-side, Nice conceded two goals in the last three games, which is a defensive record way better than that of Bordeaux. It is why we expect the visitors to be on the score sheet first.

In the tables below, find the latest team stats, H2H details and the best betting across our handpicked bookies.

At least five Bordeaux players are ruled out of this game due to various reasons. Elis, Kwateng, Sissokho and Pembele are all injured. On the other hand, Gregerson is suspended. The visitors on the other hand will miss the services of three key players due to injuries. They are Claude, Schneiderlin and Atal.

The hosts are working on improving their backline that let in 13 goals in the last three games. While Bordeaux has a chance against Nice in this game because they lost only once to the visitors in the last five games, Nice has even a bigger ambition of securing a place in top five.

The visitors are precariously sitting on fifth place, only three points above seventh-placed Lens and two points ahead of Strasbourg in sixth place. A win for Nice will see them rise above fourth place but it wouldn’t be enough to guarantee them safety in top five. So, we expect both teams to fight for points in the remaining four games. 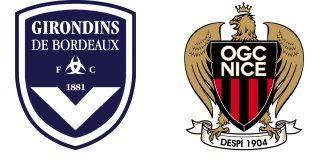 Who will referee Bordeaux vs Nice match?

Where is the match set to take place?

Bordeaux are the hosts at Matmut Atlantique

What was the outcome in the reverse meeting?