Newcastle could move onto 42pts and above Burnley with a win in their final home game of the season against already-relegated Sheff Utd. The Blades will be confident following their 1-0 win at Goodison Park at the weekend but will have to be ready for a much tougher against a Newcastle side that have been scoring goals on a regular basis.

Read on for our full match preview and prediction for Newcastle vs Sheff Utd in the Premier League.

Newcastle have won five of their last six meetings with Sheff Utd and owe the Blades one after slipping to a 1-0 defeat at Bramall Lane in January. The Magpies sit 19[ts clear of their guests and have form in their favour having won three of their last six outings in the Premier League. The Blades have only won two games on the road all season and offer very little going forward.

Three of the last six league meetings between these two clubs have seen over 2.5 goals scored, with Newcastle claiming wins in each of those matches. Four of Newcastle's last six outings have witnessed over 2.5 goals being scored, with their last home game producing 7-goals and their last away game seeing 6-goals scored. Sheff Utd recently lost 4-0 away at Tottenham and do crumble when put under the right amount of pressure, something Everton failed to do at the weekend.

Joe Willock has been a fantastic signing for Newcastle, netting 6-league goals since he joined the club on loan from Arsenal in January. Willock is now the second-highest scorer at Newcastle and has scored in each of his last four appearances for the club, all of which came against teams challenge for a top-four finish.

Newcastle narrowly lost an entertaining 7-goal thriller with Man City last time out and will be looking to secure all 3pts in their final home game of the campaign this Wednesday. The Magpie's have been scoring a lot of goals of late, though not always claiming the result their play deserves, and they will be looking to put that right against a goal-shy Sheff Utd. Top goalscorer Callum Wilson will miss the game along with Lascelles, Fraser and Darlow, all of whom have injuries. Defender Fabian Schar will serve the last of his three-match ban on Wednesday but will return to the squad for the final game of the season.

Sheff Utd put in a solid display against Everton and claimed a rare away win thanks to a debut goal by their 17-year-old striker Daniel Jebbison. While the result itself was impressive, Everton didn't turn up as is so often the case and the Blades only created a couple of clear-cut goalscoring opportunities, so should expect a much tougher 90-minutes at St James's Park. McBurnie, O'Connell, Ampadu, Burke and Sharp will all miss the trip to the North East, while Berge could return to the squad. 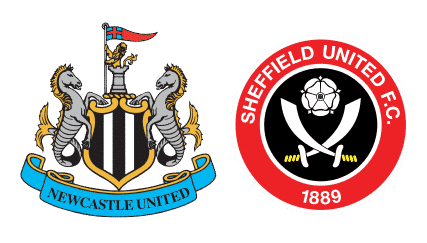