Norwich simply must start winning games, especially at home, if they want to remain in the Premier League for another season. This weekend, the Canaries welcome in-form Newcastle to Carrow Road, a ground the Magpies haven't won at since 1994.

We're backing both teams to score on Saturday just as they have done in five of the last six competitive encounters between the two clubs. Four of Norwich's last six outings in the Premier League have ended with both teams finding the back of the net while two of Newcastle's last four fixtures have also seen both teams score, adding further weight to our prediction for this weekend's match.

At least three goals have been scored in four of the last six meetings between Norwich and Newcastle, and we're expecting another action-packed 90-minutes on Saturday. Four of Norwich's last six outings have produced over 2.5 goals as have two of Newcastle's last four fixtures, so you can see why we're backing goals this weekend.

Everything you need to know about Norwich vs Newcastle

Can Norwich cause an upset and keep their survival chances alive?

Norwich gave Man Utd a real run for their money at Old Trafford last time out but still ended up losing the game in the end. Ronaldo scored a hat trick for the hosts, canceling out a first-half goal from Dowell and an effort from Pukki early in the second forty-five. The Canaries lost the game 3-2 but can take a lot from their performance and really need to show the same attacking intent when they play host to Newcastle this Saturday.

Newcastle played host to Crystal Palace in midweek, where a goal from Almiron in the 32nd-minute proved enough to secure all 3pts. Newcastle dominated the game for large spells and could have won by a bigger margin in the end but all that really mattered was the 3pts. Although Norwich sit bottom of the Premier League table, Newcastle will be expecting a tough game this weekend against a side desperate to win.

Norwich: Sargent, Idah, Omobamidele and Kabak have either been ruled out or are rated as doubtful to feature this weekend. Williams does return though.

Newcastle: Trippier, Wilson, Hayden, Fraser and Lewis will miss out this weekend due to injury.

FAQ for Norwich vs Newcastle 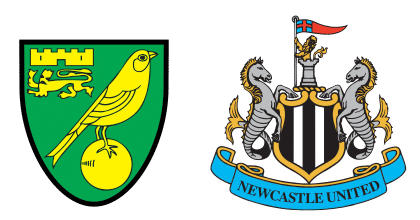