Burnley's Premier League status hangs in the balance ahead of the final game of the season as they are level on points with Leeds United, but do have a better goal difference. Newcastle United provide the opposition at Turf Moor and could still finish in the top 10 if they secure a win of their own this weekend.

Burnley will be determined to secure all 3pts against Newcastle this Sunday to ensure they finish above Leeds. Mike Jackson's men have looked strong at home winning three of their last four games at Turf Moor, while Newcastle lost their last away game against Man City 5-0. The motivation for the points certainly favours a Burnley win but we are still expecting a close and competitive 90-minutes between the pair.

We're expecting this game to be tight and tense throughout with very few goals being scored during the 90-minutes. Under 2.5 goals have been produced in five of the last seven meetings between Burnley and Newcastle in all competitions, including the Magpie's 1-0 win at St James' Park earlier in the campaign. Fewer than three goals have also been scored in five of Burnley's and four of Newcastle's last seven outings in the Premier League, adding further weight to our prediction.

Everything you need to know about Burnley vs Newcastle

Burnley made the trip to Villa Park in midweek looking to secure the win that would take them to the brink of Premier League survival. The visitors got in front right on the stroke of halftime via a Barnes penalty but Aston Villa responded just 3-minutes after the restart through a Buendia equaliser. In stoppage-time, Burnley had substitute Lowton sent-off but managed to hold on for a point that puts them ahead of Leeds on goal difference.

Newcastle had the home advantage against Arsenal last time out and managed to pick up an impressive 3pts. The first half ended goalless and there wasn't much between the two teams but an own goal from Arsenal's Ben White put the magpies in front and 5-minutes from time Bruno Guimaraes endeared himself to the home fans by scoring a second goal to seal the victory.

Burnley: Gudmundsson, Mee, Westwood, Vydra, and Pieters are all injury concerns, while Lowton is suspended.

Newcastle: Wood, Hayden, Shelvey, Willock, Schar, Manquillo and Lewis could all miss the trip to Turf Moor through injury. 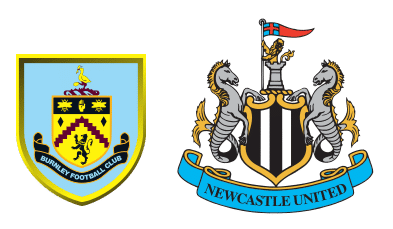