Borussia Monchengladbach take on Hertha Berlin at BORUSSIA-PARK in the Bundesliga on Friday, August 19th. Gladbach are favourites to collect three points at Hertha’s expense this week. Read our free predictions and find the latest odds for the fixture below in our detailed match preview.

Gladbach are aiming to maintain their strong start to the new Bundesliga season when they host Hertha Berlin on Friday. Read our top predictions for this week’s fixture below.

Gladbach were denied a second win in as many games when they conceded an injury time equalizer at Schalke last weekend, though Die Fohlen’s four point haul from their opening two assignments is still a decent return. With confidence in their ranks climbing, Gladbach look ready to pounce for more points against an unconvincing Hertha outfit on Friday. Borussia Monchengladbach beat Die Alte Dame 2-0 at BORUSSIA-PARK in March and they have the tools to produce a similar result here.

With five goals in his first three appearances of the new campaign, Marcus Thuram has really hit the ground running for Gladbach and the French forward could do some more damage against Hertha on Friday. Thuram managed to find the net in each of Die Fohlen’s first two Bundesliga tests of the new season and he is performing with enough swagger to make him an outstanding candidate in the anytime scorers market again this week.

View our selection of the top stats for Friday’s match below alongside a tool to help you choose the best odds.

Read all of the latest injury updates and team news for Friday’s La Liga duel between Borussia Monchengladbach vs Hertha Berlin below.

Torben Musel and Lars Stindl are both considered doubtful for Gladbach this week, though Die Fohlen have few issues beyond that pair. Borussia Monchengladbach were denied a second victory in as many Bundesliga games last week when Schalke netted a 92nd-minute leveller from the spot.

Hertha have quite a few injury issues at present, with defenders Marvin Plettenhardt and Omar Alderete carrying ailments. In midfield, there are issues with Marco Richter and Lukas Klunter while Myziane Maolida, Kelian Nsonsa, Jessic Ngankam and Lee Dong-Jun are all nursing complaints up front. 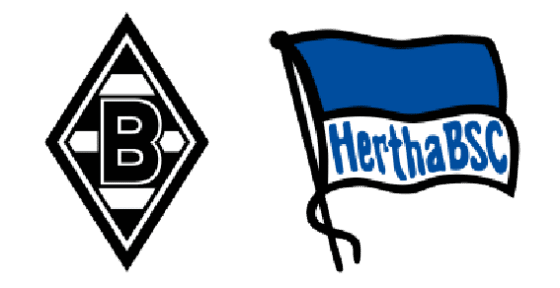 Bayern Munich are the current table toppers in Germany.