This tie is wide open after the 1-1 draw in the first leg. Who will find their way through? Find out with our PSV vs Monaco match preview with free tips, predictions and odds mentioned along the way.

PSV Eindhoven have no losses in their last five matches, they have four wins and a draw in that five-game stretch. It's worth mentioning that  PSV scored a lot of goals in that stretch; they averaged over three goals per game in that five-game stretch, scoring four or more goals on three occasions. By comparison, Monaco have fared relatively worse than PSV; although they are coming off a win, Monaco had no wins in four games prior to that. With both teams' recent form in mind, we are making the prediction that PSV will win this match.

PSV Eindhoven bagged 17 goals in their last five games alone, that's 3.4 goals per game on average; because of their high-scoring tendencies, most of PSV's matches have been on the high-scoring side. As a matter of fact, 14 of PSV's last 15 games saw at least three goals scored. Just like PSV, Monaco have scored and conceded a lot of goals recently; they found the net in all of their last 20 matches, whilst keeping no clean sheets in their last five games. Four of Monaco's last five games went over the 2.5 goal margin; and for this reason, we should expect some goals in this game.

Here are the key stats & form guide for PSV vs Monaco

A clash of two big sides with European pedigree

The first leg of this tie ended in a draw leaving things firmly in the balance. That said, a look at the deeper form of PSV and Monaco paints them in somewhat different places right now. With that in mind, do Monaco need lady luck to smile on them or will PSV be too strong?

PSV Eindhoven are coming off a comfortable 4:1 win against Emmen; they've enjoyed some fine form lately, with four wins in their last five games. Ruud Van Nistelrooy's men will be eyeing their fifth win in six games as they go up against Monaco; the winner of this contest will meet either Rangers or Union Saint-Gilloise in the playoff round.

Monaco ended their winless run by defeating Strasbourg last weekend; that was their first win in five games, as they lost two and drew two games in that stretch. It's worth noting that the reverse fixture of this tie ended in a stalemate; Monaco will hope to advance to the next round with a win.

A quickfire FAQ on PSV vs Monaco 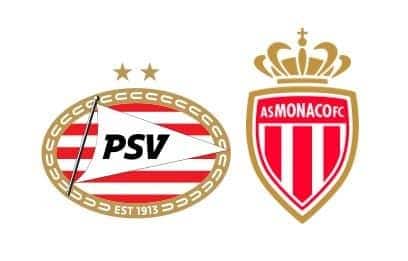