West Brom will be aiming for a return to winning ways after a surprise defeat in their midweek home game against Preston. The baggies make the trip down south to face a Millwall side in the midst of a losing streak.

West Brom sit 10 places and 12pts clear of mid-table Millwall ahead of Saturday's clash in the Championship, and we're backing the visitors to secure all 3pts. The Baggies won 2-0 on their last trip to The New Den but haven't been in the best of form of late which is why we're expecting a tight and tense 90-minutes on Saturday. Millwall have lost five of their last six matches in all competitions, including each of their last three league games.

Six of the last seven meetings between these two clubs in league and cup have produced under 2.5 goals, and we're expecting another low-scoring 90-minutes between the two out-of-form sides. Three of Millwall's last five matches have witnessed fewer than three goals scored, while under 2.5 goals have been produced in four of West Brom's last six outings.

Millwall made the trip to Blackpool last weekend where a solitary second-half strike from Lavery proved enough for the Tangerines to win the game 1-0. Another defeat for Millwall on Saturday could see them drop as low as 18th this weekend if results elsewhere go against them and if their poor form continues, they could get dragged into a relegation battle.

West Brom's disappointing run of form continued in midweek when they played host to mid-table Preston. A goal in each half proved enough for Preston to seal all 3pts against their promotion-chasing hosts. The Baggies remain in the top five as things stand but have slipped 13pts behind the league leaders as a result of their poor form.

Millwall vs West Brom – Your Questions 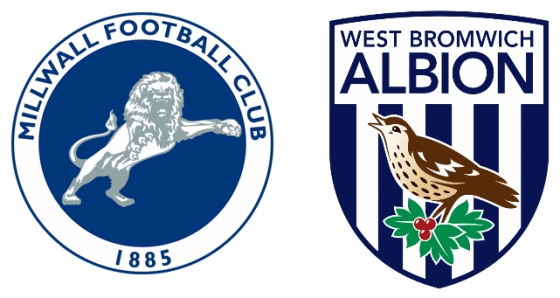