Millwall vs Sheffield United: Check out our betting tips

Sheffield United remain on course for a top six finish but an away trip to Millwall will be a test for the Blades. Will they come through it unscathed? Find out with our Millwall vs Sheffield United match preview with free tips, predictions and odds mentioned along the way.

The points to be shared

Both teams are coming off winning runs. Millwall have won three games in a row, and they've lost just once in their last six games; it's fair to point out that Millwall's only loss in that stretch was against league leaders Fulham. On the other hand, Sheffield United have been a difficult team to beat; they've won back-to-back games, and they are unbeaten in their last nine games, with six wins and three draws. Additionally, two of the last four meetings between these sides in the Championship ended in draws; we believe that both teams will maintain their respective unbeaten runs, and the spoils will be shared at the end of this match.

Millwall's form has improved a lot recently; they have won three games in a row, which is impressive considering they had just two wins in nine prior games. Gary Rowett's men will welcome Sheffield United to The Den on Saturday; they'll hope to string up four consecutive wins in the league for the first time since March 2018 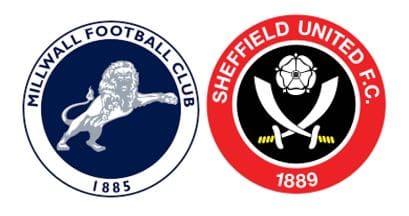