Millwall are quite the tough nut to crack on their home ground. Will they maintain that form against Cardiff? Find out with our Millwall vs Cardiff City match preview with free tips, predictions and odds mentioned along the way.

Cardiff City have struggled to find their best form of late; they are without a win in their last four matches, with two draws and two losses. To be fair, Millwall have not exactly fared any better; as they are coming off three consecutive losses, with no wins in their last four matches. Furthermore, we would like to point out that these teams tend to go level when they meet; as a matter of fact, seven of the last nine encounters between Millwall and Cardiff ended in stalemates. Considering both teams have no wins in their last four respective games, we believe that streak will continue with a draw; and looking at the odds offered here, we would like to cover Cardiff as well.

Both teams' poor form is partly because of their struggles in front of goal; as Millwall and Cardiff have not been able to find the back of the net lately. In fact, Millwall did not score a single goal in their last three matches; they also failed to score in five of their last seven games. In like manner, Cardiff blanked in three of their last four games, registering just one goal in that four-game stretch. At least one side failed to score in five of Cardiff's last six, and in all of Millwall's last three matches. On that note, one of these teams should blank.

Will the Bluebirds survive the Lion's Den?

Neither of these teams have made a rampant start to the new Championship campaign but this game could prove to be a telling one as time ticks on with the two sides closely situated to one another in the table. As for right now, the winner will likely jump to midtable whilst the loser will slip towards – and potentially into – the bottom three.

Ryan Leonard picked up a hamstring injury, and will not be available for selection; he joins Mason Bennett, who also has a hamstring problem, in the recovery room. Barring these two players, Gary Rowett has a healthy group of players to choose from.

Like Millwall, Cardiff don't have many absentees heading into this match; besides Jamilu Collins, who is recovering from an ACL tear, Cardiff have a clean bill of health. However, considering Cardiff have no wins in four games since his injury, it'll be interesting to see how they'll match-up against Millwall.

A quickfire FAQ on Millwall vs Cardiff City 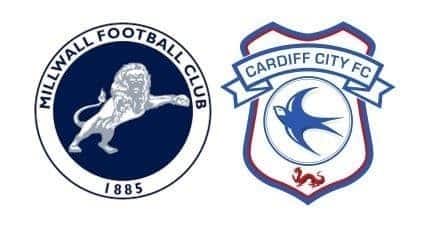