Millwall are very much in the race for the top six after a strong run of form. Will they keep the pressure on those above them with a win here? Find out with our Birmingham vs Millwall match preview with free tips, predictions and odds mentioned along the way.

Things have not gone too well for Birmingham in recent months; they are coming off three consecutive losses, and they've won just one of their last seven games. On the positive side, Birmingham have secured a place in the Championship next season, as it's mathematically impossible for them to get relegated; however, they don't have anything left to play for, which is partly the reason for their losing streak. In contrast, Millwall have everything to play for, as they are one point from the promotion playoff places. We believe that the victory will go to the team that needs it more; and considering Millwall lost just two of their last 14 games, we believe they'll win today.

Birmingham have played against Millwall a lot of times over the years, and most of those encounters were low-scoring games; it's important to note that nine of the last 10 clashes between these teams saw less than three goals scored. Furthermore, both teams have had their fair share of low-scoring games; as five of Birmingham's last seven, and 10 of Millwall's last 13 games went below the 2.5 goal mark. On that note, this will likely be a low-scoring affair.

Here are the key stats & form guide for Birmingham vs Millwall

Birmingham vs Millwall: Let's look at the predicted lineups

Birmingham's season might be done and dusted but there are a few teams near the top of the table praying they turn up here because Millwall are hunting down those playoff positions. Will Birmingham turn up or are they on the beach already?

Birmingham are coming off a shocking 6:1 loss at the hands of Blackpool; they have lost three in a row, and have managed just one win in their last seven games. Lee Bowyer's men will welcome Millwall to the St Andrew's Trillion Trophy Stadium; they'll hope to right their wrongs by putting an end to their losing streak.

Millwall put themselves within reach of the promotion playoffs with a win against Hull City; they are now unbeaten in their last three games, with two wins and a draw. Gary Rowett's men are seventh on the Championship table, just a point behind sixth place; they'll look to extend their unbeaten run to four games today.

A quickfire FAQ on Birmingham vs Millwall 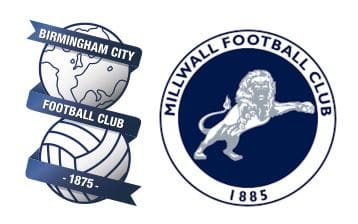