Reading tore Blackburn apart in the week; will they follow that up with another positive result here? Find out with our Reading vs Middlesbrough match preview with free tips, predictions and odds mentioned along the way.

A Royals win coming up

Expectations were high as Middlesbrough kick-started their new campaign; they had impressed in their pre-season friendlies, winning three of four matches. However, things have not gone too well for Boro since the start of this season; they are without a win in five matches played so far, with three draws and two losses. In comparison, Reading have fared relatively better than Middlesbrough this season; they have two wins in four league games, including a 3:0 win against league leaders Blackburn in their last match. Considering Reading have won both of their home games in the Championship this season, we are confident that they'll win this match.

Middlesbrough are coming off back to back 2:2 draws; they've scored and conceded goals regularly, especially in the Championship. It's worth noting that both teams scored in all of Middlesbrough's league games this season, and their last three league games saw at least four goals scored. Similarly, Reading have had their fair share of high-scoring games; as all of their last four games went above the 2.5 goal margin. On that note, we are making the prediction that these teams will score at least three goals between them.

Here are the key stats & form guide for Reading vs Middlesbrough

Reading impressed with a comfortable 3:0 win against league leaders Blackburn a couple of days ago; that win propelled them from 21st all the way up to eighth on the Championship table. Paul Ince's men will hope to string up back to back wins for the first time since February; they'll fancy their chances against a struggling Middlesbrough side.

Middlesbrough's struggles continued with another 2:2 draw at Stoke City; they are yet to win a match this season, with three draws and two losses in five matches across all competitions. Boro will pay a visit to the Select Car Leasing Stadium on Saturday; will they be able to put an end to their winless streak?

A quickfire FAQ on Reading vs Middlesbrough 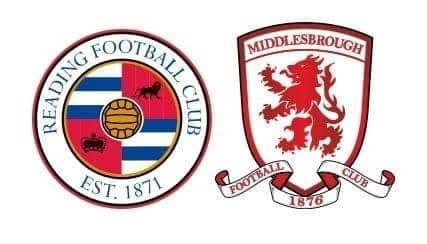