Bournemouth's title hopes look very slim right now and they need to be more concerned with missing out on automatic promotion. Can they keep the chasing pack at bay by winning here? Find out with our Bournemouth vs Middlesbrough match preview with free tips, predictions and odds mentioned along the way.

Cherries to take the points

Our next tip for this game is that only one side – at most – will find the net. Bournemouth have seen just two of their last five matches end with both teams scoring whilst Middlesbrough have seen four of their last five end with at least one side blanking in front of goal. When the sides met earlier this season, only one side notched as well so there is plenty of stats pointing to ‘no' being the right option for this market.

Here are the key stats & form guide for Bournemouth vs Middlesbrough

Bournemouth vs Middlesbrough: Let's look at the predicted lineups

Bournemouth have enough quality in their squad that a top two finish is expected of them whilst Middlesbrough are easily good enough to lockdown a place in the top six. It should be a good advert for England's second tier.

Bournemouth aren't secure in their quest for promotion to the Premier League just yet and a defeat here would be a big blow to their automatic promotion hopes. Middlesbrough aren't flying right now though and that's good news for the Cherries because a few more wins will lock down their top two finish.

Middlesbrough have won a lot of fans this season but things aren't looking amazing for them right now. Form isn't great and the standings show they have work to do to make the top six. A trip to Bournemouth isn't easy but, equally, it's an opportunity to send a message to the other teams around them.

A quickfire FAQ on Bournemouth vs Middlesbrough 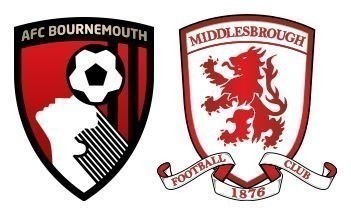