Metz hopes they can edge out Monaco in this Ligue 1 duel to avoid an eminent relegation. The hosts are currently second-last on Ligue table, a position that puts them right in the middle of a battle for survival. Our post features a comprehensive review of this game, including top free predictions by Football Whispers.

Metz continues to struggle in what it slowly turning out to be a losing battle. The hosts occupy the second-last spot on the table and ranked the worst team on home performance. This match against Monaco could further drive them down the drain of desperation. Our best two Metz vs Monaco predictions include:

Monaco should easily be the winner in this duel with Metz. The visitors are aiming for a top five place as they currently sit seventh and only need four points to be in the fold. Given recent struggles that have seen Metz fail to record a win in their last seven Ligue matches, defeating Monaco in this game is largely a pipe dream. A win for Monaco is our pick for this game.

Metz is not only struggling at home but also facing the risk of getting dropped to the second tier at the end of the season. In particular, they have been struggling to find the net. They didn’t just fail to win in the last eight Ligue 1 matches but also didn’t impressive offensively. Notably, Metz scored only two goals in their last eight games, a record that can’t give them the much-needed confidence against Monaco. Also, note that in the last five duels between Metz and Monaco, goals were scored on only end side of the pitch. We are tipping away win and no goals on both sides.

Check out the latest form for Metz and Monaco in the tables below. Don’t fo rget to place your bet on the highest prices for this fixture across our selected UK bookies in a separate table.

A look at how these teams fared against each other in the last five duels paints a picture of a game that is always skewed in performance. Monaco won four of the last five matches and all were clean sheet victories. The only victory for Metz for Metz within that duration was also with a clean sheet. Backing a clean sheet victory for Monaco in this game, especially if you factor in current state of Metz is a good bet that fetches a good price with our selected bookmaker. 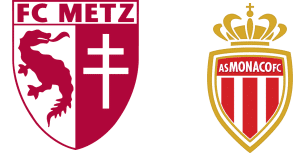 Where is the venue for Metz vs Monaco match?

The game will be held at Stade Saint Symphorien in Metz, France.

Which team was the better opponent in the last five meetings?

Monaco won four while Metz won one of the last five mettings.

What time will Metz vs Monaco game start?