Lorient and Metz play against each other this Wednesday 20th April 2022 in a game that could further condemn Metz to relegation or raise the hope of the visitors with six games to play. Metz was the victor in the reverse game that ended 4-1. But after recent struggles, backing Metz to win comes with some risks.

We expect both teams to be on the score sheet in this second encounter of the season. We have settled on this market because both sides have series defensive concerns ahead of this game. For example, Lorient conceded 9 goals in the last three games while Metz leaked six goals in the last three. With such stats, there is a high probability that both teams will be on the score sheet on matchday.

Here are more stats, H2H and bookies with the best betting odds for Lorient vs Metz:

Metz is struggling to survive and at this point, it will be by sheer luck that they survive the cut. The visitors sit last in Ligue 1 table and need six points to be above the red zone. There are only six games left to play, so we expect a very competitive duel between Lorient and Metz this Wednesday.

Lorient is also under pressure to win games to survive relegation. The hosts sit above the red zone with only a point safety. Home advantage could favour Lorient in this game but the hosts must worry about their poor defending in this match. 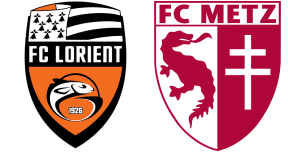 When is Lorient vs Metz game set to take place?

What time will Lorient vs Metz game start?

How did both teams perform in the last Ligue 1 game?

Lorient lost 2-1 to Nice while Metz drew 1-1 with Clermont before this game.