Man Utd simply have to win this weekend if they want to remain in the race for the Champions League places. The Red Devils currently sit 6pts behind 4th-placed Tottenham in the Premier League table but will be expected to secure all 3pts at home against relegation battling Norwich this weekend.

Man Utd have won each of their last five encounters with Norwich in all competitions and we're backing the hosts to secure all 3pts on Saturday. Both teams have scored in three of the pair's last six meetings while three of United's last five matches and four of Norwich's last six games have also produced goals at both ends of the pitch. Manchester United might not have form in their favour this weekend but Norwich have lost four of their last six league games and don't have the best of records at Old Trafford.

Man Utd looking to return to winning ways this weekend

Man Utd would have been hoping to go up against a deflated Everton side after the Toffees lost in midweek against their relegation rivals Burnley. However, despite Man Utd starting the game promisingly, Everton came into their own and scored via a deflected shot from Gordon in the 27th-minute. That goal proved enough to separate the times at halftime and despite one chance for Ronaldo late on, Everton held Man Utd at bay to secure a vital 1-0 win.

Norwich knew their game at home to Burnley was a must-win match in terms of their survival chances. To be fair to Dean Smith's men, the Canaries controlled the game, for the most part, taking the lead through Lees Melou in the 9th-minute and securing all 3pts late on with a well-taken goal from Pukki. Burnley had their chances in the game, in particular, Cornet who missed an open goal at 1-0 which could have turned the game in the visitor's favour.

Man Utd: Shaw, Varane, McTominay, Fred and Cavani are the main injury concerns for the hosts. 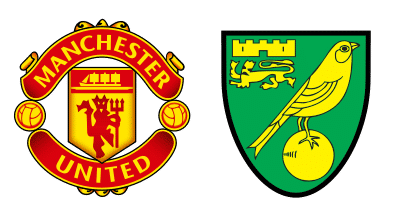