Leeds look rejuvenated under their new manager but do Saturday's hosts have what it takes to upset the odds and beat Man City? Guardiola's men head into this Premier League game knowing that only a win will do if they want to lift the title in a few weeks' time, so we're expecting a ruthless and professional performance from the City players.

Man City have won three of their last six league meetings with Leeds, only losing once, and ran out 7-0 winners in the pair's reverse league fixture. Both teams have scored in five of the last seven meetings in all competitions between Leeds and City, so you can start to see why we do see either side keeping their clean sheet intact this weekend. Three of Leeds' last five matches have produced goals at both ends of the pitch while four of Man City's last six outings have ended the same way, adding further weight to our prediction.

Sterling didn't start the game in midweek against Real Madrid and only came on as a late substitute, so the England man should be fit and raring to start against Leeds. Sterling has scored 10-goals in the Premier League this season but is due a goal for his club after failing to score in his last eight appearances since netting for England against the Ivory Coast. We're backing Sterling to find the back of the net against Leeds and end the season with a purple patch.

Leeds probably would have been happy with a draw away at Crystal Palace before kick-off, and that's just what they got. The game itself won't live long in the memory as it failed to produce a single goal. Leeds aren't yet safe from relegation and might just feel as if this was 2pts dropped.

Last weekend, Man City played host to struggling Watford in a game where Gabriel Jesus scored four times as Guardiola's men claimed a 5-1 victory. Rodri got the other goal in what was a complete domination of the Hornets, only adding to their very real relegation fears. Asa for City, it was business as usual and Pep will be looking for more of the same from his players at Elland Road.

Leeds: Roberts, Bamford, Shackleton and Forshaw are all doubts for the hosts due to injury.

Man City: Walker and Stones are the main injury concerns for the visitors this weekend. 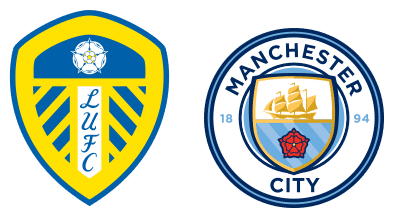