Mainz would be keen to hold their sequence of last three successive wins when they host Monchengladbach for their next Bundesliga engagement. The visitors also enter the game on the back of two consecutive wins.

Here are our predictions for Mainz vs M'gladbach.

Mainz suffered a three-match losing streak in Bundesliga back in a few match days but got the momentum back with two consecutive league wins. While Monchengladbach has managed to collect three wins in their last five games of various competitions. But the Prussians have not been able to dominate in away games and have conceded defeats in the previous four away attempts. On the other hand, the Carnival Club will be confident over two consecutive home victories currently. Four of the last five H2Hs duels between the teams have witnessed Monchengladbach as a winner four times. Given all that, we expect this game to be a tough duel and end with a draw.

Both teams have been superior in their attacking lines by scoring with an average of more than two goals per game. Mainz have hit the target ten times in the last five games while Monchengladbach has scored 11 goals in the same duration. Moreover, the last four consecutive H2Hs have gone with over 2.5 goals. So the chances are more for this game with high-scoring output again.

Mainz vs M'gladbach: Check out the best odds and the latest stats

Match Preview of Mainz vs M'gladbach: High scoring stalemate expected as Colts test their wits against the Carnival Club

The Carnival Club went two positions ahead in the Bundesliga table with their last victory over Arminia Bielefeld, taking the lead as 1-2. The team is now in fifth place. Mainz have three wins in the last five games of various competitions along with one defeat and one draw. The centre-back Jeremiah St. Juste is the only fitness concern for the club manager Bo Svennson who will miss the game due to a shoulder injury.

On the other hand, the Prussians also advanced two positions ahead and got the tenth position on the Bundesliga standings with the last win against Bochum. They took the lead of two goals in the first half of that match and won the game 2-1. Monchengladbach has done the same in the last five games collectively with three wins, one defeat, and one draw. The club boss Adi Hutter will have five players on the injury list coming into this game.

Questions About Mainz vs M'gladbach 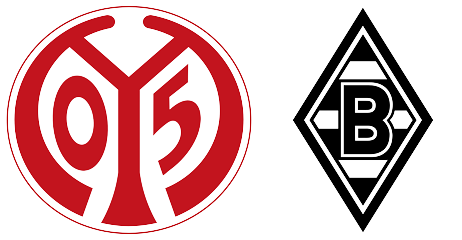 Who are the players to watch out? Jonathan Burkardt (Mainz) and Breel Embolo (M'gladbach).

Where is the game being played? Mewa Arena (Mainz).