Right on the back of their League Cup final defeat, Chelsea go straight into an FA Cup 5th Round tie away at Championship side Luton. The hosts are having a decent season in the second tier with Adebayo taking a lot of the plaudits upfront. Chelsea's fixture list has been very busy of late and we fully expect Tuchel to change up his starting eleven for the trip to Kenilworth Road.

We're not expecting this game to produce a lot of goals, despite the pair's last encounter ending with 4-goals scored. Under 2.5 goals have been scored in two of Luton's last three fixtures and we're not expecting the home side to score against their Premier League guests. Under 2.5 goals have also been produced in four of Chelsea's last five outings and Tuchel's men haven't scored more than 2-goals in any of those matches.

Everything you need to know ahead of Luton vs Chelsea

Can Luton upset the odds at Kenilworth Road?

At the weekend, Luton played host to Derby County in what was a tight and tense 90-minutes in Bedfordshire. The pair went in at the break goalless but in the 67th-minute, after good work from Jerome, Hylton scored what turned out to be the game's only goal for the Hatters. That result moved Luton into the play-off places and will give them a big boost in confidence ahead of a daunting FA Cup tie against Chelsea.

Chelsea took on Liverpool at Wembley in the League Cup final on Sunday. The pair cancelled each other out during the 90-minute with Liverpool having a goal disallowed but Chelsea having the better chances to score. The game went into extra time and still, the teams could not be separated but Chelsea's choice to substitute their goalkeeper Mendy for Kepa proved pivotal in the end result. The game went to penalties and with both teams converting each of their spot-kicks all the way down to the goalkeepers, Liverpool's Kelleher converted his but Kepa blazed his over the bar and Chelsea lost.

Luton: Bradley, Clark and Berry are the main injury concerns for the hosts.

Chelsea: Ziyech and Chilwell could both miss the FA Cup tie through injury.

Luton vs Chelsea – Your Questions 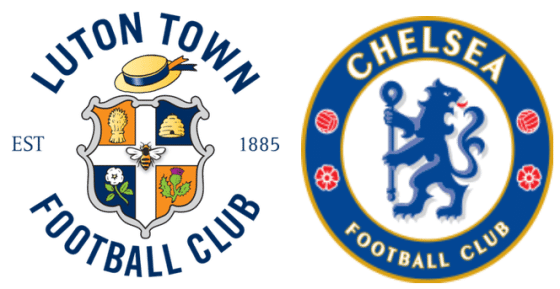