Mid-table Luton look to throw a spanner in the works of Blackburn's automatic promotion push this weekend when the pair lock horns at Kenilworth Road. Blackburn sit 2nd in the table behind Fulham but have played two more games than this weekend's hosts Luton who trail their guests by 14pts.

There is a good chance that we will be treated to goals at both ends of the pitch on Saturday as that has been the case in five of the last seven meetings between these two clubs in all competitions. Both teams have found the back of the net in three of Luton's last four home games while Blackburn have only failed to score in two of their last six outings, so you can see why we're predicting goals in this game.

Over 2.5 goals were produced when these two teams last locked horns in September with the game ending in a 2-2 draw. At least three goals have been scored in three of Luton's last five outings and we're expecting more of the same this weekend when they play host to high-flying Blackburn.

Luton had the home advantage against Bristol City in midweek and the Hatters made it count. Lockyer put Luton in front just before half-time but Weimann equaised for the visitors early in the second half. The ever-impressive Adebayo put Luton back in front in the 68th-minute with what turned out to be the winning goal, his 11th-goal of the campaign. That result leaves Luton sitting 10th in the table with the possibility of moving above Coventry this weekend.

Blackburn played host to Middlesbrough on Tuesday night in what was a close and competitive 90-minutes. The 3pts were settled by the only goal of the game in the 76th-minute which went the way of the home side and their striker Gallagher who had big boots to fill with top scorer Brereton-Diaz suspended. rovers now sit 5pts behind the league leaders Fulham but have played one more game than Marco Silva's side.

Luton: Harry Cornick is the key injury concern for the home side.

Blackburn: Harry Pickering, Ian Poveda and Bradley Dack are the main doubts for Blackburn this weekend. 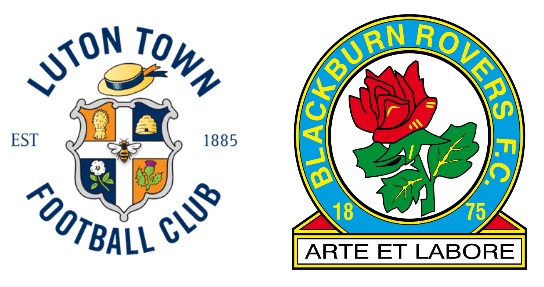