Could this be the weekend that Liverpool move ahead of Man City in the race for the Premier League title? Quite possibly! The Reds are at home to relegation battlers Watford, a team they thrashed 5-0 in the pair's reverse league fixture back in October but Watford did win their last away game against Southampton and do carry a threat going forward.

With Salah set to miss the game or at most take a seat on the bench due to injury, we're backing Firmino to score for the Reds this weekend. The Brazilian striker isn't prolific in front of goal by any means, scoring just five times this season, but he also doesn't get many chances to start in the league. However, the 30-year-old forward has found the back of the net in two of his last four appearances for Liverpool in all competitions, scoring an important goal in their last league game against Arsenal.

All you need to know ahead of Liverpool vs Watford

Can Watford defy the odds and avoid defeat at Anfield?

Liverpool made the trip to the Emirates for their last league game before the international break. The first half was tight and tense and ended goalless but early in the second forty-five, Jota broke the deadlock for the visitors. Liverpool didn't rest on their lorels, adding a crucial second goal 8-minutes after going in front, this time Firmino took the plaudits after good work from Robertson who claimed another assist. Liverpool are a point behind Man City now but have a better goal difference than their title rivals.

Watford really needed a win when they made the trip to Southampton last time out. An early goal for Hernandez was just what the doctor ordered and when the very same player made it 2-0 to Watford in the 34th-minute, the visiting fans started to believe that the result was going to go their way. To be fair to Watford, even though the Saints pulled a goal back right on the stroke of half-time, the Hornets held firm in the second-half to claim what could be a huge 3pts.

Liverpool: Alexander-Arnold, Milner, Salah, Keita and Robertson are all doubts for the hosts due to injury or illness.

Watford: Ngakia, Sarr and Nkoulou are all doubts for the trip to Merseyside this weekend. 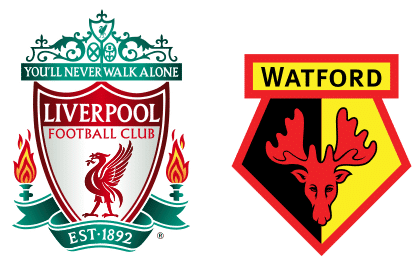