Two teams with fantastic history in the Champions League lock horns for the 2nd leg of their quarter-final tie, and it's Real Madrid that hold the advantage. Liverpool find themselves 3-1 down and know they must attack their guests from the outset to get back into this tie and we're expecting another exciting, end-to-end 90-minutes between the pair. Read on to find out all our predictions and betting tips for Liverpool vs Real Madrid in the Champions League.

The Best Betting Predictions for Liverpool vs Real Madrid

The last two meetings between Liverpool and Real Madrid have seen at least three goals scored and both teams find the back of the net, and we're expecting more of the same at Anfield on Wednesday night. Only two of the pair's previous six encounters have failed to produce over 2.5 goals and five of Real Madrid's last six fixtures have seen over 2.5 goals and both teams score.

Mohamed Salah has been one of Liverpool's most consistent players this season and top scores for the club in the Premier League and Champions League this season. The Egyptian forward has scored 6-goals in the Champions League and 19-goals in the Premier League, so if anyone is going to find the back of the net for the hosts on Wednesday then the smart money is on Salah.

Liverpool have it all to do in the 2nd leg but if there was one team you would not bet against coming back from a 3-1 deficit in the Champions League then they would certainly be most people's picks. Even with key players out injured, Liverpool must start positively on Wednesday and aim to control the game, but that is going to be much easier said than done as their guests are in good form and look confident. We believe that this game will be action-packed and that Liverpool will claim a narrow win, but will it be enough to see them progress? Origi, Henderson, Matip, Gomez and van Dijk all look set to miss the 2nd leg through injury.

Real Madrid have now won each of their last four Champions League matches against Liverpool and are the favourites to progress thanks to that 3-1 1st leg victory. The visitors arrive in fine form and will be full of confidence following their El Clasico win over Barcelona on Saturday. However, clean sheets have been rare for Real Madrid of late and if Liverpool score the first goal early, that could shift the tie in the host's favour. The visitors arrive without Sergio Ramos, Lucas Vazquez, Raphael Verane and Daniel Carvajal, all of whom are either injured or in self-isolation.

FAQs for Liverpool vs Real Madrid 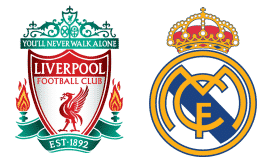