One of the more interesting games in this La Liga round is the Levante vs Villarreal duel, so let's take a closer look at this match and what we can expect from it.

If you want to check some free La Liga betting tips, including our top betting picks for Levante vs Villarreal, we can help you out:

Although Villarreal lost two of their last three games in La Liga, they've been in good form overall in the last couple of months. Meanwhile, Levante is still the last in the league, but they did have some good results recently that keep hope of survival alive for their fans.

Despite all that, we simply have to go with Villarreal here. They are a much better team and they need a win to keep up the race for a spot in European competitions. Also, Villarreal beat Levante in three of their last five h2h duels and their last two wins were pretty convincing.

Three of the previous five head-to-head meetings between Levante and Villarreal have gone over 2.5 total goals and we expect that to be the case on Saturday too.

The best odds, stats, and more for Levante vs Villarreal

If you want to bet on the top Levante vs Villarreal odds, check our selection of odds for this game right here:

We expect to see a very exciting duel between these two teams, so let's take a closer look at them before they meet:

With two wins, two draws, and two losses in the last six games, Levante had their best stretch of form the entire season, which tells you all you need to know about their season. The team is still sitting in the last place in the standings, but now they are eight points behind the first team outside of the relegation zone. With nine rounds left to play, Levante still has a chance, albeit a small one, to stay in La Liga.

That being said, the team is currently without a few players who will miss the upcoming game through injuries, such as Dani Gomez, Carlos Clerc, Oscar Duarte and Jorge De Frutos.

The Yellow Submarine suffered a couple of surprising losses in the last three rounds of La Liga, but they are still sitting in the seventh place in the standings. However, they are now nine points behind Atletico Madrid in fourth place, so securing a spot in the Champions League for next season doesn't seem that realistic right now.

On the bright side, Villarreal doesn't have a lot of injuries and personnel issues to deal with since only Paco Alcacer and Alberto Moreno are injured right now.

The most common questions for Getafe vs Mallorca 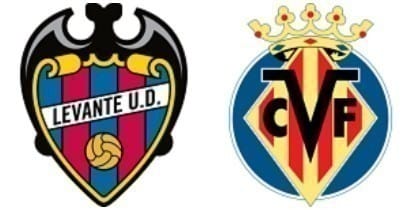