One of the most anticipated games of the round in La Liga is the city derby of Valencia, the Valencia vs Levante duel. So, check our preview of this game and some of our free betting tips.

If you are looking for reliable La Liga betting predictions, including our favourite picks for Valencia vs Levante, you've come to the right place:

Levante to Win or Tie

Not many chances remain for Levante to avoid relegation and even those that remain are very slim. However, a chance exists for them and we expect them to go all out in this city derby.

Meanwhile, Valencia enters this game after losing Copa del Rey final on penalties, so the players are probably still not in the best mental state, especially since this game means nothing to The Bats who are stuck in the middle of the standings. With that in mind, we feel it's worth to try a double chance and bet on Levante to avoid a loss.

Only two of the previous five head-to-head duels between Levante and Valencia have gone over 2.5 total goals, but we can see this game ending with at least three goals being scored. After all, in the first city derby this season the two teams finished with combined seven goals.

The best odds and latest stats for Valencia vs Levante

If you want to place a bet on the top Valencia vs Levante odds, check our list of odds taken from different UK betting sites:

The city derby of Valencia is always a special event for the locals, but it is also an exciting time for football fans. So, here's a look at both teams ahead of their upcoming derby:

The Bats have been a bit inconsistent this season, playing in series of good and bad results. In the last six games in La Liga, Valencia has just one win, so they are not in great form. However, the team reached Copa del Rey final and despite losing on penalties to Real Betis, that is one of their best results overall in recent years.

On the bright side, Ilaix Moriba is the only injured player at the team right now, while the rest of the squad is in great shape ahead of the city derby with Levante.

With two wins in the last four games in the league Levante climbed a bit in the standings and new Alaves is behind them. But the team from Valencia remains in the relegation zone and they are six points behind the first team outside of it, with five games left to go. So, they still have a chance, but they need to go on a miraculous run until the end of the season to avoid relegation.

The most frequent questions for Valencia vs Levante 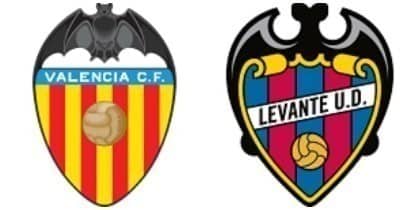