Leeds look like they could be suffering from second-season syndrome following a less than impressive start to the new Premier League season. This weekend Bielsa's men welcome Watford to Elland Road, a side that sit 4pts and six places above them in the table.

Here are our predictions for Leeds vs Watford

We're predicting that both teams will score when Leeds face Watford on Saturday as that has been the case in four of the last six meetings between these two clubs. Both teams have scored in three of Leeds' last four outings in the Premier League, while each of Watford's last three matches in all competitions have ended with both teams getting on the scoreboard.

This is a fixture that has tended to produce plenty of goals in recent years with five of the duo's last six meetings in league and cup seeing over 2.5 goals scored. Three of Leeds' last six outings in all competitions have ended with over 2.5 goals being scored, while two of Watford's last three matches have produced exactly four goals.

Raphinha was a key player for Leeds last season but only scored 6 Premier League goals. This time around, after just 6 appearances in the Premier League the Brazilian has netted 4-goals and has arguably been Leeds' best player so far this season. It's been a while since Raphinha reached double figures in league goals, 2017/18 while playing for Vitoria Guimaraes to be exact, but we're backing the former Sporting man to score on Saturday.

Everything you need to know about Leeds vs Watford

Watford have a good recent record against Leeds but can they keep it going this weekend?

Leeds went down 2-1 in their own backyard to West Ham last weekend, despite putting in a decent performance against the Hammers. Leeds are still yet to win a league game this season and the pressure is beginning to grow now that people are starting to talk about the dreaded second-season syndrome. Bielsa's men still look good going forward and that could make all the difference this season but it does appear as if Leeds face a much tougher campaign this time around.

Watford have made a positive start to the season, despite being one of the main clubs to be tipped for relegation. results have been inconsistent but Watford have two wins and a draw under their belts so far and have managed to pick up points on the road as well as in their own backyard, which makes them dangerous to teams like Leeds. Ismaila Sarr has been one of the standout performers for the Hornets, netting 4-league goals already, and if he continues in that vein then he will surely be subject to a big transfer bid next summer.

Leeds: the hosts could be without the services of Llorente, Bamford, Koch, Ayling and Forshaw on Saturday as each is suffering from injury, while Struijk is available after suspension.

Watford: Daniel Bachmann and Tom Cleverley could miss the game against Leeds this weekend due to injury. 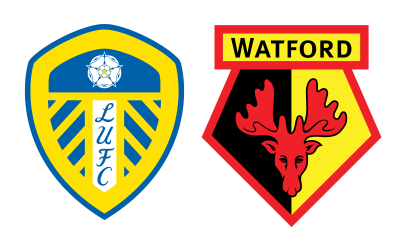