Leeds vs Tottenham: Our Best Bets

Leeds simply have to show some kind of response following a hammering at Anfield, while Tottenham followed up their epic 3-2 win at the Etihad with a defeat at Turf Moor. Both clubs are looking to return to winning ways in the Premier League this weekend and the odds suggest that Spurs are best placed to secure all 3pts.

Tottenham have won four of their last seven encounters with Leeds in all competitions, and we're backing the visitors to end Saturday victorious as well. Spurs have picked up two wins from their last five matches which isn't great but one of those wins was away at Man City. Leeds look dire right now having lost four of their last five fixtures, including a 3-0 defeat to struggling Everton and a huge 6-0 loss at Liverpool

We're backing both teams to score in Saturday's early kick-off just as they have done in five of the pair's last six head-to-heads in league and cup. Both teams have also scored in three of Leed's last six league games while three of Tottenham's last five outings have also produced goals at both ends of the pitch.

The Stats and Markets ahead of Leeds vs Tottenham

Tottenham are aiming to get the double over Leeds this weekend

Leeds made the trip to Anfield in midweek hoping to put an end to their poor run of form. However, Liverpool took the lead via a Salah penalty in the 15th-minute and the floodgates opened. The hosts went in at the break 3-0 up and scored a further 3-goals without reply in the second forty-five to secure a 6-0 victory. That heavy defeat leaves Leeds sitting 15th in the table on 23pts and with the second-worst goal difference in the division, -27.

Tottenham would have been buzzing from their fantastic 3-2 win over Man City at the weekend but it didn't show at Turf Moor in midweek. A solitary second-half effort from Mee proved enough for Burnley to claim all 3pts against a Tottenham side that really flattered to deceive. Tottenham remain 8th in the table, a point behind Wolves and three behind Arsenal but still have a 6pt lead over Brighton in 9th.

Tottenham: Skipp and Tanganga are the main injury concerns for the visitors. 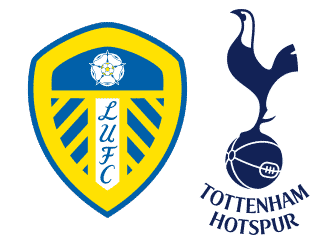