The Premier League relegation battle heats up this weekend as Leeds take on Norwich. Jesse Marsch has lost his opening two games in charge of Leeds and the club could slip into the relegation zone if they lose this weekend and results elsewhere go against them. Norwich sit bottom of the table as things stand but could move above Watford with a win on Sunday.

There is a great chance that we will be treated to goals at both ends of the pitch this weekend as five of the last six league meetings between Leeds and Norwich have ended with both teams getting on the scoreboard. Leeds haven't kept a single clean sheet in their last six matches, all of which have ended in defeat, while both teams have scored in four of the Canaries' last five fixtures.

At least three goals have been scored in six of the last seven head-to-heads between Leeds and Norwich, including the pair's reverse league fixture back in October which ended in a 2-1 win for United. Three of more goals have been scored in five of Leeds' last six Premier League games, while five of Norwich's last six outings in all competitions have also produced over 2.5 goals.

Big game for both Leeds and Norwich this weekend

Jesse Marsch will be looking for a response from his players this weekend after their disastrous 3-0 defeat at home to Aston Villa in midweek. Coutinho put the visitors in front in the 22nd-minute and in the second half, Cash and Chambers both got in on the action to secure all 3pts for Villa. Leeds are in a terrible run of form and only sit 2pts and two places above the dropzone heading into this weekend's round of fixtures.

Norwich could really have done with at least getting a point from their home game against Chelsea on Thursday night but unfortunately for the Canaris, the Londoners ran out 3-1 winners in the end with Pukki converting a second-half penalty that turned out to be no more than a consolation goal. Norwich ar ethe clear favourites to get relegated but a win this weekend could give the Canaries a fighting chance of staying up.

Leeds: Cooper, Phillips, Hjelde, Roberts and Firpo are the main injury concerns for the hosts this weekend.

Norwich: Gilmour returns to the team but Idah and Omobamidele remain sidelined through injury. 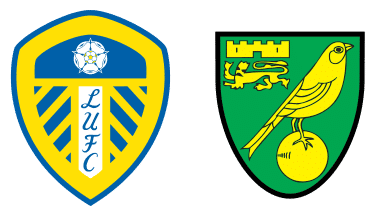