Leeds Utd need just a draw on Saturday to reach the magic 40pt mark in the Premier League this season, but Bielsa's side will be aiming for a win in this Yorkshire derby. Sheff Utd will be under the guidance of interim manager Paul Heckingbottom this weekend and he will be tasked with ending the Blades three-game losing streak and goal drought. Read on for our full match preview on Leeds Utd vs Sheff Utd in the Premier League.

Leeds are in the best of form right now but they have won two of their last five matches and have kept clean sheets in two of their last three home games. Leeds beat Sheff Utd 1-0 in the pair's reverse league fixture in September and the Blades head into this match on the back of five defeats from their last six matches. The visitors have also failed to score in any of those five losses.

Under 2.5 goals have been produced in five of the last seven Yorkshire derbies between these two clubs, each of which ended in a win-to-nil. Four of Leeds' and five of Sheff Utd's last six outings have also seen fewer than three goals scored, so you can see why we're backing another tight and tense derby match on Saturday.

Patrick Bamford top scores in the Premier League this season for Leeds Utd with 14-goals. No other Leeds player has reached double figures in front of goal this season and while there is some doubt over his fitness, the Englishman is expected to start on Saturday. Bamford was on target in his last match against Fulham and scored the winner against Sheff Utd back in September.

Leeds claimed a 2-1 win against Fulham before the international break and now sit on 39pts in what has been an impressive return season to the top-flight of English football. The host's form has been inconsistent of late but Bielsa's men are still the clear favourites to win on Saturday against a Sheff Utd side that looked doomed for relegation. Klick and Forshaw look likely to miss out for Leeds this weekend and there are also fitness concerns over Cooper, Davis, Moreno, Bamford and Hernandez. Bamford top scores for Leeds this season and believes he will return for the game against Sheff Utd as his injury isn't serious, which is great news for the home side.

Sheff Utd look to start afresh following the sacking of Chris Wilder but they will have to do so without Egan, Basham, Berge, Robinson, O'Connell and Rodwell, all of whom have been ruled out of Saturday's game through injury. There is some good news for the Blades as Stevens and Sharp look like they will return from injury in time for the Yorkshire derby. Sheff Utd remain 14pts from safety and even a win this weekend would only be good enough to move them to within a point of West Brom and only if the Baggies lose at Chelsea. 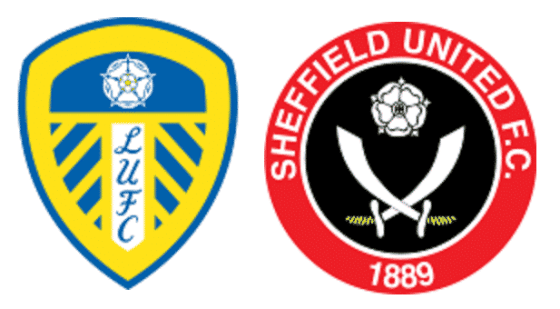