Celtic to Win to Nil

Kilmarnock and Celtic clash at BBSP Stadium Rugby Park in the Premiership on Sunday, August 14th. Celtic put their perfect start on the line when they visit Kilmarnock. Read our free predictions and find the latest odds for the fixture below in our detailed match preview.

Celtic are aiming to make it three wins from three at the start of the new Premiership campaign when they travel to take on Kilmarnock on Sunday. Read our top predictions for this weekend’s fixture below.

Celtic to Win to Nil

Newly promoted Kilmarnock were dealt a cruel hand by the Premiership fixture computer in the campaign’s early exchanges and having just lost 2-0 at Rangers, they face another Glasgow giant in the form of champions Celtic on Sunday. The Bhoys have pocketed six points from the six on offer so far and they should be the dominant force again at BBSP Stadium Rugby Park. Their rivals, Rangers, beat Killie to nil last week and Celtic have the class to produce a similar performance here.

To their credit, Kilmarnock kept Rangers at bay until the second half last week and though they were eventually gunned down by two efforts after the interval, they looked well-organised enough in defence to avoid a thumping against Celtic on Sunday. The Bhoys will have to work hard to break Derek McInnes’ robust backline down and a deluge of goals is unlikely. With that in mind, a stake on under 3.5 goals could return dividends this weekend.

Top Betting Odds and Stats for Kilmarnock vs Celtic

Read all of the latest injury updates and team news for Sunday’s Premiership tie between Kilmarnock and Celtic below.

Blair Alston, Chris Stokes, Zach Hemming and Scott Robinson are all unavailable this weekend, giving Kilmarnock a real headache in midfield. Derek McInnes has a small squad to choose from, so expect to see a similar XI to the one that lost at Rangers.

Reo Hatate and Yosuke Ideguchi are both in the treatment room for Celtic at present and the Japanese duo will miss Sunday's game as a result. The Bhoys cruised to a 3-1 win at Ross County last week and few changes are expected to that successful XI on Sunday. 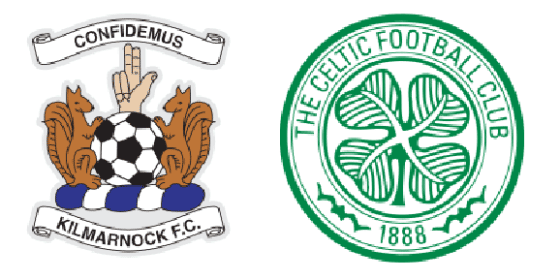 The bookmakers have priced Celtic as clear favourites to prevail on Sunday.

Is Kilmarnock vs Celtic on TV?

Sky Sports Main Event and Sky Sports Football will show Kilmarnock vs Celtic live on TV in the UK.