The Russia Premier League champions Zenit kick-off the new season away at a Khimki side that finished last season in mid-table. The pressure is on the visitors to get the campaign off to a winning start and all the stats and figures point towards that happening.

Khimki vs Zenit: Our Three Picks

We're not expecting this game to be action=packed and have predicted that under 2.5 goals will be scored, as has been the case in each of the duo's last three encounters. Four of the host's last six matches have also produced under 2.5 goals and on three of those occasions, Khimki have lost.

We're predicting a business-like performance from Zenit, doing just enough to win the game, which is one of the reasons we have backed the visitors to win 2-0. Zenit have scored at least two goals in four of their last five matches and have kept clean sheets in three of their last six attempts. Last season, Zenit beat Khimki 2-0 home and away, so you can see just why we've backed another 2-0 victory this weekend.

Everything you need to know about Khimki vs Zenit

Khimki secured an 8th-place finish last season, missing out on European football by 8pts, so there is plenty of work to do to bridge the gap between themselves and the top five. Scoring goals was the main issue for Saturday's hosts last season with just 35 scored in 30 league games and only five teams conceded more goals than Khimki, which doesn't bode well ahead of one of their toughest games of the campaign.

Zenit cruised to the league title in the end, finishing 8pts clear of their nearest rivals Spartak Moscow. Along with the best attack in the league, Zenit also boasted the strongest defensive record by a mile, so it is going to be tough to stop the champions from reclaiming their crown this season. The visitors have added Chistyakov to their defence this season, whilst club legend Zhirkov was released on a free transfer at the age of 37. 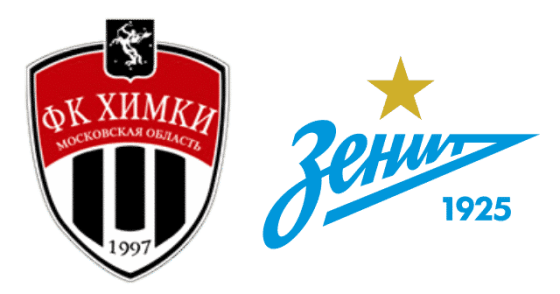