Inter Milan could move back to the top of the Serie A table on Friday night when they play host to the division's bottom club, Salernitana. The hosts have a midweek Coppa Italia Semi-Final 1st leg to negotiate before they can turn their attention to Salernitana and the visitors will be hoping that the distraction will increase their chances of securing some much-needed points.

We're predicting goals in this game just as there were when these two sides locked horns back in December. Inter Milan won 5-0 that day, and that was without the home advantage, so you can see why we're backing over 3.5 goals on Friday night. Over 3.5 goals have also been produced in three of Salernitana's last five league games, including a 4-1 defeat away at title-challenging Napoli.

Inter Milan have won two of their three previous league meetings with Salernitana, and we're expecting another home win this Friday. However, Salernitana have looked decent in front of goal and have had more time to rest and prepare for this game, so we're predicting goals at both ends of the pitch. Inter Milan have only managed to keep two clean sheets in their last six attempts, while both teams have scored in each of Salernitana's last five outings.

Inter aiming for a return to the top of the table

Inter Milan disappointed last time out in Serie A away at struggling Genoa. The game ended goalless when most had expected a comfortable victory for the visitors who flattere3d to deceive in the end. The chances are that most of the Inter players had one eye on the upcoming Coppa Italia semi-final 1st leg against local rivals AC Milan, but that is no excuse.

Salernitana had hoped to pick up all 3pts from their home game against Bologna at the weekend but had to settle for a share of the spoils instead. Arnautoic continued his good run in front of goal, putting Bologna in front just before the break. Zortea got the home side back onto level terms in the 72nd-minute but Salernitana were unable to carve out a winning goal.

Inter Milan: Joaquin Correa and Robin Gosens are the main injury concerns for the home side.

Salernitana: Radovanovic, Ruggeri, Schiavone and Coulibaly could all mis the trip to Milan due to injury. 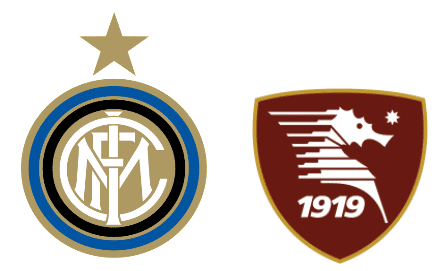